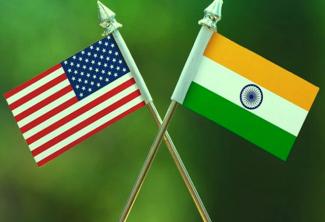 Most Indians find the Americans overbearing and unjust. They find the Americans fiercely self-obsessed and highly individualistic. Most importantly they find the American policy towards India a consequence of or an offshoot of American policy to “something else” and not a policy that is based on an independent recognition of India as moral power. They think that America is far too in love with Pakistan and unjustly gives them a long rope. Naturally, against this backdrop of this, it is becoming difficult for many to digest the latest Indo-American deal on nuclear power.

In view of this, it is important to understand what actually the deal is all about and what could be the US interest in engaging India atomically!

Essentially, the deal is based on the common understanding of the significance of civilian nuclear energy for meeting growing global energy demands in a cleaner and more efficient manner. The deal promises full civil nuclear energy cooperation and tread with India. For India, the deal is of great importance because it will satisfy its overgrowing demand for energy to some extent. The political and strategic fallouts of this deal are currently being discussed in various forums more fiercely.

As a fallout of the 1998 nuclear tests, the Indian civilian nuclear programme meant for nuclear energy generation is almost in a dormant state for quite some time. Internationally, there are legal problems in the supply of nuclear technology to India. Global nuclear suppliers being members of the Nuclear Suppliers Group (NSG) are not in a position to supply reactor technology to India unless it is made under full-scope safeguards. It was suggested that India could easily avoid this difficulty by accepting the concept of ‘islanding’ its nuclear programme.

Now, India is expected to identify and separate its civilian and military facilities and programmes in a phased manner. It would file a declaration regarding its civilian facilities with the International Atomic Energy Commission (IAEA) and would voluntarily place its civilian nuclear facilities under IAEA safeguards. It would sign an Additional Protocol with the civilian nuclear facilities; continue its unilateral moratorium on nuclear testing; work with the US for the conclusion of a multilateral Fissile Material Cut-off Treaty (FMCT) and would adhere to Missile Technology Control Regime (MTCR).

The opponents of this agreement are of the opinion that India has given too much to get nuclear energy and islanding would seriously hamper India’s security preparedness. But, the Prime Minister has reassured that the nuclear agreement reached with the US would not lead to any “diminution” of India’s strategic nuclear capabilities. Nevertheless, few scientists are of the opinion that islanding is not a viable solution and definitely not cost-effective. In fact ‘islanding’ as a concept particularly in respect of India has got both merits and demerits and hence can be argued both favourably and unfavourably.

What is more important at this juncture is to understand and appreciate the reason behind the US decision to allow India into the global nuclear calculus and almost give it a de facto Nuclear Weapons State (NWS) status. It should be valued that taking such a decision in spite of knowing fully well that India is not likely to sign NPT and not likely to follow the US non-proliferation bandwagon would not have been a pleasant task for Bush. But why then has Bush gone ahead with this decision when he will have to overwork to get Congress and international nuclear supply cartels to agree to his new India policy?

By entering into such a deal is Bush trying to ease policies governing nuclear issues or more importantly is he covertly trying to upset the regional balance of power in the region? Bush probably understands well the limited relevance of Pakistan vis-à-vis the US long-term strategies for the region, so naturally, he would like to engage a power that has the capability to counterbalance China. Fortunately or unfortunately China always gets factored in any security discourse over the region. But one cannot circumvent it because of the geopolitical realities of the region.

Also, India is expected India to purchase as much as five billion dollars worth of conventional military equipment from the Americans in days to come subject to congressional approval. The potential sales include anti-submarine patrol aircraft that could spot Chinese submarines in the Indian Ocean and Aegis radar for Indian destroyers operating in the strategic Straits of Malacca, as useful for monitoring the Chinese military.

In view of this one question remains unanswered by doing this deal has India succeeded in breaking out of its present nuclear isolation or has the US covertly achieved both its economic and political aims? Only time can answer this question.