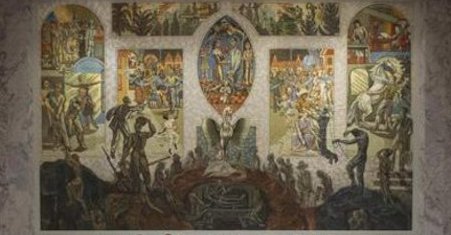 The United Nations is not aware of any biological weapons programmes in Ukraine, a senior official in the Office for Disarmament Affairs (UNODA) reiterated in a briefing to the Security Council.

This marked the third time since the 24 February invasion that the Council has formally met at Russia’s request to address its ongoing allegations. The UN’s High Representative for Disarmament Affairs, Izumu Nakamitsu, had previously informed ambassadors – first in March, and then again in May – that the UN had seen no evidence of biological weapons use in Ukraine.

“This remains the case today,” her Deputy, Adedeji Ebo, told the Council. “I would also like to note that the United Nations currently has neither the mandate nor the technical or operational capacity to investigate this information,” he added.

Both Russia and Ukraine are parties to the 1972 Biological Weapons Convention (BWC), which prohibits the development, production, acquisition, transfer, stockpiling and use of biological and toxin weapons.

Mr. Ebo reported on the proceedings of a formal consultative meeting in Geneva, requested by Russia, under Article V of the Convention and the Final Declarations of its Second and Third Review Conferences.

Both Ukraine and the US responded in the meeting, which ended without consensus.

This week, Russia lodged a formal complaint to the Security Council under Article VI of the Convention, stating that Ukraine and the US had not provided “necessary explanations”.

Article VI allows States Party to request the Council to investigate breaches of the Convention. Countries would have to cooperate in any Council investigation.

Mr. Ebo reported that since the BWC entered into force, provisions of Article VI have never been invoked.

“The Convention does not provide any guidance on the type of investigation that the Council may initiate. States Parties have also not developed any specific guidance or procedures concerning the modalities to be employed for the purposes of an Article VI investigation,”  he said.

The top official underlined the UNODA’s readiness to support any investigation initiated by the Council.

Ambassador Vassily Nebenzya of Russia said issues still outstanding from the consultative meeting must be resolved, and argued that its complaint was well founded.

He cited a 2005 Agreement between the Pentagon and Ukraine’s Ministry of Health regarding cooperation on preventing dissemination of technologies, pathogens and information that can be used to develop biological weapons.

“The direct participation of the Pentagon in financing the military biological activity in Ukraine is reflected in the plan on providing technical assistance to certain recipients of the Ministry of Defense of Ukraine, dated 2018. This is under the same 2005 agreement,” he said.

“The real beneficiary of funds is the Ukraine Ministry of Defense laboratories in Kyiv, Lviv, Odesa, and Kharkiv.”

Both Ukraine and the US refuted Russia’s claims.

“Ukraine has never ever developed, produced, or stored - alone or together with someone else - biological or chemical weapons,” Deputy Representative Khrystyna Hayovyshyn told the Council.

“Our country does not possess a corresponding infrastructure for biological weapons development and production.”

‘A colossal waste of time’: US

US Ambassador Linda Thomas-Greenfield characterized the meeting as “a colossal waste of time”, saying it was held for the sole purpose of spreading disinformation.

“It doesn’t matter how many meetings Russia tries to call on this subject. And it doesn’t matter how hard it ratchets up its propaganda machine. We must not divert UN resources toward a baseless investigation. And we must not allow Russia’s tactics to distract us from its brutal war of aggression.”