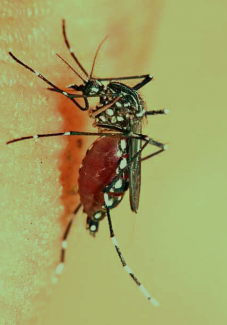 The deadly Japanese Encephalitis (JE) killed over twelve hundred people in less than four months in northern India and neighboring Nepal. The disease has gripped more than 25 districts of Uttar Pradesh, some parts of Bihar in India and Kailali, Banke, Bardiya districts of the Himalayan Kingdom. The situation has deteriorated due to an unexpected revival of monsoon in mid-September across north India, coupled with a shortfall of vaccines and life-saving drugs.

JE, endemic to South and Southeast Asian region, causes deadly mosquito borne 'brain fever' normally spreads during the monsoon season, which starts in June and ends in late September. It also spread to down south India during the North-East Monsoon season (October-December).  The breeding grounds of the vector mosquitoes are the extensive irrigated paddy fields of the region. Since the mosquitoes that transmit the virus breed in rice paddies and standing water, most of the infections occur in rural pockets of the region and affect mostly children.

Endemic to many infectious diseases, India has failed miserably in the past to detect and fight periodic epidemic outbreaks. Almost every year, the so called ‘mysterious diseases’ invade India and unfailingly claim thousands of lives.

While the JE virus infects animals (pigs), birds (herons and cattle egrets) and humans, fatality occurs when it is transmitted to humans by its vector mosquitoes belonging to Culex tritaeniorhynchus and Culex vishnui groups. When transmitted to humans, the virus causes inflammation of the brain membranes. The fatality rate can be as high as 60-65 percent with disease symptoms.

The first case of JE was reported in 1955 and since then regular outbreaks have been reported from different parts of the country. The disease almost spread to 15 states and Union Territories in the past six years. Indian ministry of health and family welfare estimates annual incidence between 1765 and 3428 and fatality ranged between 466 and 707. Besides, UP, Andhra Pradesh, Tamil Nadu, Karnataka, Kerala, West Bengal and Assam are considered endemic region.

This killer virus has been invading the northern Indian state of Uttar Pradesh since 1978 and since then it has killed almost over 8,000 people in the state alone. Although regular outbreak of JE over the last two decades have a significant impact on the civic health and country’s health care system, the authority seems clueless how to tackle the menace and awake from their deep slumber when it strikes hard. The Union government has dispatched consignments of antiviral drugs, insecticides and mosquito nets to the affected districts of eastern UP and Bihar, but almost after a month of the initial outbreak. Despite of the UNICEF’s intervention to help the vulnerable people in the epidemic hit areas, the initial delay proved fatal.

Officials in both Nepal and India are unanimous regarding the shortage of vaccines and are looking towards China to pitch in. This is because China has been able to contain JE outbreaks using an effective, locally produced vaccine since last 15 years. India is now examining the tissue culture vaccine produced by China and South Korea as a viable alternative to the expensive mouse brain vaccine produced by the Central Research Institute (CRI) at Kasauli, Himachal Pradesh. Already about 300,000 doses of JE vaccine manufactured at CRI has been sent to the affected region so far. The WHO has already warned the Indian government to learn from past and urged for routine vaccination, capacity building to improve the vaccine coverage along with mosquito control.

The State government is now preparing to vaccinate 7 million children under 15 years of age from November this year at a cost of millions of rupees, far exceeding its annual health budget. However, medical experts suggested inoculating pig population, which are reservoirs of JE virus.

Lately though, a three pronged control measures has been taken so far, that includes an ambitious health education campaign, circulation of guidelines to the local hospitals for better patient care to reduce the mortality and Malathion fogging and Pyrethrum spray in the priority villages. Time and again, outsmarted by Nature again, helplessly the whole region is waiting for the winter to control the explosive mosquito population, while the health establishment is struggling to cope the seasonal onslaught of an epidemic.