The Chinese Digital Currency ‘e-CNY’: A Threat to the Tech Giants? 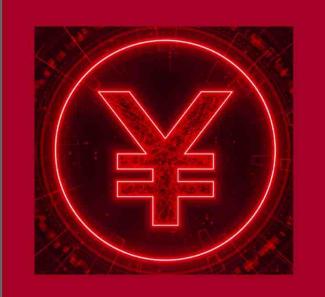 The People’s Bank of China (PBOC), along with the commercial institutions in the country, has been actively testing its digital fiat currency, the Chinese electronic yuan (e-CNY), with almost 21 million people (personal wallets) having taken part in the tests as of June 2021.[i] Further, China has been accelerating its efforts to make the 2022 Beijing Winter Olympics “technology savvy” by the wide adoption of e-CNY. The research on a “Digital Currency/ Electronic Payment” system in China had started six years ago in 2014 by the PBOC, in a move to digitise the fiat currency already in circulation. In April 2020, China launched its electronic Chinese yuan (e-CNY) on a pilot basis in some of its major regions.[ii] The e-CNY today has the status of a legal tender in China just like its standard currency, Renminbi (the unit being Yuan) and is identical to it.

According to the PBOC, the move is aimed at strengthening the monetary system in the country, especially to keep pace with the rapid development of technologies like artificial intelligence, cloud computing, blockchain, and the new and emerging models of businesses. Digital transformation in most sectors in the pandemic era has demanded the need for a new digital economy backed by the Central government. The PBOC issues the e-CNY to authorised entities like the commercial banks, which circulate the currency, thus making it a two-tiered structure. The existing financial infrastructure and various mobile applications also help in the circulation of the e-CNY, making it easily adoptable and the electronic payment structure more diversified. The overall management of the e-CNY, however, is under the ambit of the PBOC.

The underlying technology of the e-CNY is different from that of a cryptocurrency that uses the blockchain. E-CNY uses a mix of technologies that includes a digital certificate system and digital signature. It uses an integrated technology based on a combination of hardware and software with a unique encryption technique.[iii] These techniques make double-spending, duplication and counterfeiting difficult. The PBOC has also established a multi-layer security system that guarantees the safe use of e-CNY and manages the risks associated with it. Since e-CNY is the central bank’s liability to its people, information security has also been ensured (with the help of a firewall).

Cryptocurrencies (like bitcoin) on the other hand, uses blockchain, a technique by which information is recorded to make it anonymous and difficult to modify or hack. As far as e-CNY’s anonymity is concerned, it follows the principle of “anonymity for small value and traceable for high value”. A central bank’s digital currency, unlike the cryptocurrency, would be wholly controlled by the government, providing “managed anonymity” that could also allow access to chunks of digital data. These expanded databases, in turn, can prove helpful for China, in the long run, putting it ahead in the digital race of becoming an artificial intelligence (AI) superpower since AI needs large amounts of data to be fed to its systems.

A transaction involving a centralised digital currency can record digital data like the amount of transaction, geographic location of the transaction, device used for it, etc. Sharing such details could mean greater transparency and traceability in financial transactions that can help combat crimes like money laundering, tax evasion and other illicit activities. Still, at the same time, there are concerns regarding its possible misuse for surveillance or as a tool for political repression.[iv]The PBOC, however, states that the e-CNY system “does not provide information to third parties or other government agencies unless stipulated otherwise in laws and regulations”[v]- clearly indicating that an exception is possible.

A threat to the tech giants?

There are apprehensions that the wide circulation of digital yuan could likely interfere with the market of other private players in the digital-payments operations. So far, China has been able to persuade people to adopt e-CNY by providing millions of free digital yuan to its people (in digital wallets) to spend in various stores and outlets, including international companies like McDonald's and Walmart Inc.[vi] However, the private e-commerce and fintech companies in China- the Alibaba Group Holding, Tencent Holdings and others-accounted for 432.16 trillion yuan worth of mobile payments in 2020, a 24.5 percent increase from the previous year, still dominating the digital market in the country. [vii]

But once a legal tender like the digital yuan is in wide circulation, it could have the edge over the private companies. With a robust backup like the e-CNY in place, tech companies will have no choice but to comply with the changing digital banking rules and regulations from time to time. Failure to comply with this could lead to serious penalties. For instance, in April, the tech company Alibaba was fined $2.8 billion by authorities for uncompetitive behaviour, [viii] and WeChat was forced to adhere to traditional banking norms. In July, the ride-hailing company Didi Global Inc.’s app was removed from the mobile app stores in China and the company was asked to make changes in its policy to comply with Chinese data protection rules.[ix] However, private players have been given the role for e-CNY circulation; buying e-CNY is possible through the bank affiliates of Tencent and Ant Group that is in charge of private digital payment platforms.

Apart from the wide domestic adoption of digital yuan, China has also been testing e-CNY in other countries like Hong Kong, the United Arab Emirates and Thailand.[x] Some research groups in China have proposed that China issues digital yuan in the countries engaged in its “Belt and Road Initiative”,[xi] which could further help fulfil its ambitions of developing a digital silk road. PBOC has been actively exchanging views with international organisations like the Bank for International Settlements (BIS), the World Bank and the International Monetary Fund on “cutting-edge issues” on digital yuan.

However, its long term goal of internationalising the digital yuan would depend upon the openness of global financial markets. But it would anyway increase China’s influence globally, posing a challenge to the already existent trade and cyber conflicts with the US. For instance, in July, the United States had accused China of being linked to the Microsoft hack that affected several organisations in the US and worldwide.[xii] The US cybersecurity agencies will closely monitor a state-sponsored digital currency like the e-CNY, especially after the series of cyber-attacks on its various utilities this year (2021) like the Colonial Pipeline, the Kaseya IT software, and more.

The Central Bank authorised digital currency of China is different from other electronic payment modes because China has successfully transformed the currency itself from cash to a digital form, making it a legal tender and a stable form of digital currency. However, it would not replace the cash in circulation completely. The challenge for the tech giants in the country now is to compete with the central bank, the new entrant in financial technology.

In the past, the payment companies in China have transformed their business models from being just mobile payment platforms to offering other financial services like online banking and insurance, emerging successfully in the finance sector but were time and again cut down with strict rules and penalties. E-CNY wallets are constantly on the rise (with a transaction volume of approx. 34.5 billion yuan in 2021), including utility payments, payment in stores and restaurants, posing a tough competition to the already jeopardised tech companies in the country. In the near future, whether this competition would limit itself to just payment services or turn into that of big data generation and collection using the payment services needs to be watched. For now, the public and private sector tussle continues, both trying their best to exert dominance on China’s digital economy.