Will Wars bring Peace: A Debate on Convince of Heart and Description of Reality? 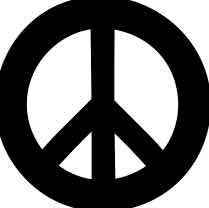 War is not a civilized or a dignified way to get hold of right. Because in wars national development is arrested, education, economy and technology left backwards, leaders become cruel and unjust, the military is too expensive and humans become victims.

India and Pakistan, two neighbouring countries, are locked in an unending terrain of stalemate to foster and further the political conveniences. At this pretext, they indulged in eventual wars, conflicts and military standoffs. Resultantly, both countries have to face dismal national development in terms of educational, economic and technological backwardness. The fiscal resources have been misused in the form of expensive military systems and procurements, unexpected human crisis compensatory exigencies. Even common people have been pushed into the arena of social insecurity. How long it will continue and when will both the nations realize the adverse implications of the politics of “convenience”. If this “convenience fostering” approach based on historical rivalries persists there won’t be any possibility to establish a friendly relationship among two neighbours. Instead, a relationship of hyper-rivalry can crop up making peace and development a distant dream.

In the contemporary scenario confrontation and war is not a preferred option of foreign policy among cultured and progressive nations. It is not a civilized or a dignified way to get hold of right. Two neighbours disagreement on any issues is not an unhealthy sign of life of their relations. But when disagreement turned into hostility and conflict into war, it is recognised as an illness that can sooner or later cause impasse. The death of diplomacy invites the manmade disaster called war and it ruins the biological and cultural wellness or peace of their states. There are strong pieces of evidence, for Indians and Pakistanis to understand that wounds of war are still visible on the face of their nations, in the form deaths, prisoners, widows, orphans, rapes, tortures, intellectual loss, economic loss, technological loss and anything which both countries' need. States cannot feed their citizens political-ego, and wishful- thinking. Citizens need peace, security and development, finally total wellbeing.

The sixty-five years life of Indo-Pak relations is ill and hostile because of wars caused by many disputes significantly the state of Jammu and Kashmir since 1947. They fought many wars to bring peace but they invite miseries rather peace. Both states are inflicting pain through the body of Kashmiris. These wars have created cultural misunderstandings among the citizens of the two countries. Indians are viewing Pakistanis as Muslims, raiders, terrorists, anti-Indian, lifelong enemies, and Kashmir as an integral part of India. On the other side, Pakistanis are considering Indians as, non-Muslims (Kafirs), occupiers, imperialists, anti-Muslim eternal enemies, and Kashmir as a jugular vein of Pakistan.   This unending hostility has ruined the pillars of peace and involved states are spending more on wars to create illness and less on strategies of peace to prevent or cure the illness.

The description of reality is that India and Pakistan house 20 % of humanity with a mere 5 % of the world income. Moreover, both states have 45 % of the world's illiterates with 50 % of all malnourished children. India has the world's largest number of poor people. In absolute terms, at least 400 million Indians and 50 million Pakistanis live in extreme poverty.  India and Pakistan have lost 26,600 soldiers, approximately 50,000 wounded and maimed on both sides, almost 100,000 families suffered direct human losses during the wars between 1947 and the Kargil conflict of 1999. India is now the 5th largest importer of major conventional weapons while Pakistan is the 12th largest. India is spending a huge amount in the name of defence expenditure; in 2011 its defence allocation was Rs 1,64,415.49 crore ($36.03 billion) to meet the needs of military security. By comparison, its 860 million population lives below $2 per day and 500 million live with food insecurity. Due to insufficient and improper health services, the infant mortality rate is 32 deaths per 1,000 live births. Every Pakistani man, woman and child are now indebted to the tune of Rs 61,000. The Government of Pakistan continues to borrow additional funds at the rate of Rs 500 crores every day of the year. Pakistan’s defence expenditure is Rs 442.2 billion ($5.17 billion) for 2010/11. The situation in Pakistan is alarming as 127 million people are living at or below $2 per day. The increasing investment in military equipment has had a bad impact on the education and health security of Pakistan. Their current infant mortality rate is 67 deaths per 1,000 live births.

From 1984 to 2009, India and Pakistan have spent $5 billion each on Siachen Glacier with 1,025 and 1,344 deaths respectively. The key issue here is that the security of Delhi, Bombay, Bangalore, Hyderabad, Islamabad, Karachi, Rawalpindi and the whole of India and Pakistan should not be sacrificed at the cost of the Kashmir conflict by using the fanatical political language of an integral part and Jugular vein to Kashmir. It’s evident that India and Pakistan exercised their military mussels to replace one another. This tug of war results in nothing but increased the ill-feeling, hostility, violence and poverty among Indians and Pakistanis. Its ripe time for them to resolve the Kashmir issues, buried the differences, earn profits across the borders convert hatred into friendship.

Keeping in view these commonly visible facts and disadvantages of the war, there is a need to devise the strategies of peace. The grey area between war and peace is undiscovered wisdom which we need to explore to train the minds for peace. Every normal human being desires peace as a state of wellness. It is cherished by those who experience uncured trouble caused by the illness of long-standing conflicts and wars. It’s time for India and Pakistan to work with each other rather than against each other. Wars will never bring peace and security. It is convinced of their hearts rather than an acknowledgement of some mutual meta-realities. Peace can be only maintained by empowering the technique of tolerance and reconciliation through various forms of efficient negotiations and mediations. These peace strategies should be projected as the central part of foreign policy to address the issues, causes and context of conflict at pre-war situations.