Indian Youth and the Rise of Islamic State 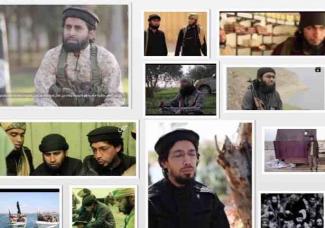 How big a threat does the Islamic State (IS), also known as the Daesh, pose for India? One answer could be found in what Salman Mohiuddin, an active IS recruiter arrested in Hyderabad in January 2015, told his interrogators. Mohiuddin said that he was scheming to “proceed to Syria to join the IS and later return to wage war against India” (Indian Express, November 19 2015). The gravity of the looming IS threat to India is reflected in this assertion, where a U.S.-educated engineer had planned to engage in violent acts on behalf of the IS in his own country.

The IS’ plan for India is now apparent through at least three things -- the call for ‘global jihad’ given by its Amir Abu Bakr al-Baghdadi last year, where he had called on Muslims worldwide to launch a jihad against several countries, including India. The second element of the IS focus on India unravelled in a document titled, “A Brief History of the Islamic State Caliphate: The Caliphate According to the Prophet”, where the group’s strategy is stated as to plan attacks on the Indian territory by uniting various anti-Indian groups in the subcontinent. The third element comes from the recent IS manifesto, “Black Flags from the Islamic State”, in which the group vows to extend its fight to India and seeks to mobilise Muslims by using domestic political issues (USA Today, July 28, 2015).

All these portend that the threat from the IS to India is real. But how has the threat panned out in India so far? To answer this question we have to look at the smart use of social media by those IS recruiters and sympathisers arrested by the police in India lately.

Mehdi Biswas, a resident of Bengaluru, was one such IS sympathiser who used to operate a Twitter account by the handle of @shamiwitness for the IS propaganda, which had close to 17,000 followers, posting links to the group’s gory beheading videos, Baghdadi’s statements and messages from the battlefields in Iraq and Syria.  Another was Afsha Jabeen, the IS recruiter arrested from Hyderabad a few months ago who along with Salman Mohiuddin had created groups on Facebook to spread IS’s propaganda and recruit new members.

In another significant case, last year a group of four young men from Kalyan, Maharashtra got indoctrinated by IS’ online propaganda, and they then travelled to Syria to join the group. Most recently last week, police in Rajasthan arrested Mohammad Sirazudin, a senior employee of the Indian Oil Corporation, for allegedly carrying out recruitment for the IS. At another level, youth, who have so far not taken to the path of violence, have publicly displayed their sympathies for the group. Kashmiri youth regularly waving IS flags in the Valley, pro-IS graffiti in West Bengal and more recently protestors shouting pro-IS slogans at a rally in Rajasthan are examples of rising sympathy towards the IS.

This is a worrying development for India, which so far had held pride on the fact that its Muslim youth were not part of the global jihad. What is even more striking is the fact that most of the IS sympathisers are from well-to-do families, educated and tech-savvy, with no previous links to any terrorist organisation(s). So what has drawn these youth to the IS propaganda, on the path of radicalisation?

The radicalisation process, which in a way is an ideological relocation of a community or a person, depends on various factors such as growing disenchantment of a community with the socio-political structure of the state; existing sectarian tension between majority and minority communities; unemployment and poverty; religious fanaticism; exposure to prolonged terrorist groups that try to dismantle peace and stability of a nation.

This propaganda is accompanied by virtual Da’wah (proselytising of Islam), which calls for Hijrat (emigrate) to the IS Caliphate and creating hypnotic ties to bind the sympathisers to the common cause. Moreover, the IS has cleverly used the existing socio-economic and political frictions to augment its propaganda. Take for instance the recent IS manifesto which mentions the ‘beef ban’ controversy as an example of injustice meted out to the Indian Muslims. It further portrays Prime Minister Narendra Modi as a ‘right-wing Hindu nationalist who worships weapons and is preparing his people for a future war against Muslims’ (India Today, December 3, 2015).

After the November 2015 Paris attacks, the Ministry of Home Affairs has issued a nationwide advisory taking cognisance of the imminent IS threat to the region. In particular, the advisory highlighted the government's worry over the growing radicalisation of youths in some parts of the country. However, instead of an ad-hoc response, the government first needs to evolve a consensus on the issue in the form of conceptual clarity on what causes radicalisation and then find workable solutions. This issue has also prompted the government to initiate a "de-radicalisation" programme to counter extremist narratives. The programme promotes counselling of radicalised youths by their family members, religious clergymen to become part of the mainstream. It is also likely to include monitoring of social media handles of those individuals who are vulnerable to online radical influences.

The role of police becomes crucial here as it is capable of containing religious polarisation by not targeting innocent people and safeguarding vulnerable youths and their families from radical elements. The recently concluded DGPs conference in Kutch, Gujarat, also focused on the IS issue where various police officials made presentations on the topic of 'Radicalisation, its spread and response'(Indian Express, 20 December 20, 2015). The government is also planning to include madrasas in its multi-pronged counter-radicalisation strategy by introducing skill development programmes to ensure that kids studying in such religious institutions do not get radicalised and receive vocational education. "Most people from poor backgrounds attend madrasas. It is necessary to ensure they acquire skills that help them get jobs," said a government official (India Today, December 9, 2015).

Many Muslim religious scholars in India have publicly condemned and disassociated themselves from what they have termed as the barbaric, ‘un-Islamic’ practices of the group. Yet the power of the internet is such that these voices of reasons tend to drown in the IS’ social media blitzkrieg.

India, which has always been portrayed as a sort of a tipping point in the global jihadi movement- as the widely used Gazwat-e-Hind terminology by the terrorist groups suggests- is vulnerable. Any successful attack here will immensely enhance IS’ appeal in the global jihad community. Given this powerful battle of narratives, the government needs to be proactive in creating a counter-narrative and forging counter-radicalisation efforts with the help of religious scholars or clerics to deal with this menace.