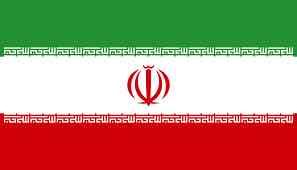 Lately, the United States and some European nations have lifted oil and other financial sanctions on Iran and have also released roughly $100 billion of its assets after international inspectors concluded that Iran had complied with its promises to dismantle large sections of its nuclear programme. To signal that the relations are now moving towards friendship, just a few hours before the implementation of the nuclear accord five Americans were released from Iran’s prison. Also, seven Iranians, either convicted or charged with breaking American embargoes, were released in the prisoner swap, and 14 others were removed from the international list of the most wanted.

The US sanctions on Iran have a long history. They existed since the 1979 Islamic revolution, with sanctions becoming broader in 1995 and expanded further since 2005, especially in 2011. The basic purpose behind putting heavy sanctions, particularly during the last decade or so, was to ensure that Iran is not able to achieve its dream of becoming a nuclear weapon state. For the US, any country possessing a nuclear bomb (other than the four, namely the UK, China, Russia and France) is simply unacceptable because on the one hand it is a defeat of their disarmament policies and on the other, it simply means their strategic supremacy and superpower status has been challenged. Also, Iran becoming nuclear poses a major challenge to the existence of Israel and the “power” of Saudi Arabia. The US is simply not ready to decrease its dominance over the region, which is a major oil producer in the world.

The US was aware that the use of any military force to tame Iran was not an option owing to both political and military reasons. Hence, it followed a path of offensive diplomacy and has fortunately succeeded. It could be incorrect to think that only because Iran was put under sanctions hence it buckle. In fact, the sanctions have been controversial on many scores too. It had a mixed impact, and for the US also there were negative side effects, like loss of some business opportunities.

The Chief architect of this deal was definitely the Secretary of State John Kerry. He was present most of the time during the process of negotiations, worked hard on the sidelines and kept adequate pressure on Iran through various channels. Sanctions were finally lifted when the International Atomic Energy Agency gave a green signal.  The IAEA published a report detailing how Iran had shipped 98 per cent of its fuel to Russia, dismantled more than 12,000 centrifuges so it could not enrich uranium and poured cement into the core of a reactor designed to produce plutonium. With all this, Iran’s nuclear ambitions are effectively frozen for a minimum next 10 to 15 years.

However, Iran is not an easy power to deal with, and the US would be required to be very careful.  They have already conducted ballistic missile tests just to give messages to the US and other adversaries about their military capabilities and intent. Also, on the issue of Syria, Iran is favouring and supporting President Assad whom the US is trying to get rid of.

From the Indian point of view, sanctions on Iran being lifted is good news because now India can resume its unrestricted import of oil from the Persian Gulf nation. Also, it would be easier for India to engage Iran more freely at various international forums. For all these years India has been doing a trapeze of engaging both the US and Iran on account of both being its friends.

Today, the major problem in West Asia is emerging not only because of rising violence and conflict but also because of the sharp drop in oil prices. Presently, the prices are hovering around $25 to $30 per barrel. Such low prices are not good for the overall economic growth of the region. Now, Iran returning to the oil market and putting more oil for export in an already oversupplied market could contribute to the price fall further. However, for India there could be an opportunity; every dollar decline in price would reduce India’s import bill only if it plays its cards correctly. It also must be remembered that profits owing to oil pricing are mostly temporary in nature.

Overall, the coming together of Iran and the US is a good sign not only for West Asia but also for many others. Particularly for Iran’s own economic growth, this is going to be much beneficial. How much Iran was also eager to come back into the mainstream became obvious when Iranian President Hassan Rouhani immediately undertook a European tour to cut business deals soon after lifting the sanctions. He has signed a trade deal worth at least $18 billion with Italy alone. Now it is important for Iran to concentrate on its growth and keep away from interfering in regional issues either overtly or covertly.