Agro-terrorism: Not So Far From Reality! 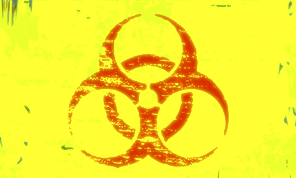 Agro-terrorism has received little or no attention in India [or for that matter in South Asia] because terrorists have yet to employ agricultural assaults as a method of operation in this region. The threat scenario would involve a deliberate introduction of a disease agent, either against livestock or into the food chain, for purposes of undermining stability and/or generating fear among masses. Even terrorist group can achieve their objective by using radiological dispersal devices against food or water supply. Of course, there is little empirical evidence available regarding such attacks by non-state actors. The only instance of such threat was made in Sri Lanka, India’s southern neighbor by unidentified Tamil militants in the early 1980s when they threatened to attack rubber plantations, tea gardens using anti plant agents and also to poison water supplies of the army.

Although futuristic, India’s food and agriculture sector is arguably vulnerable to possible terror strike or sabotage. Keeping in view the modus operandi of terrorist outfits operating in Indian subcontinent to attack critical infrastructures, both civilian and military, the most vulnerable targets of agro-terrorism identified are field crops, farm animals, food items in the processing or distribution chain, market-ready foods at the wholesale or retail level, and agricultural facilities, including processing plants, storage facilities, and research laboratories. When it comes to vulnerability, India has several soft targets ranging from transportation, water supplies and all through food production, processing and distribution. An attack on livestock’s is more likely as animals could be more effective from the agro-terrorism viewpoint than on plants.

Although the whole agricultural industry is involved in half of these sectors, the agro-terrorism threat remains under -appreciated. There has been no incidence of agro-terrorism in India as such but the threat is always there in the subcontinent having a number of separatist and terrorist outfits with agenda of their own and many Islamic outfits have covert linkages with Al Qaeda who has established expertise on bio terrorism. Its leaders have exhorted militants to use biological weapons in whatever manner possible against Americans. Its affiliated groups have unleashed conventional attack on Western food outlets (KFCs) in Pakistan already. The outgoing Central Intelligence Agency (CIA) Director, Porter J. Goss indicated in March this year that terrorists in Pakistan remain committed to attack US targets and it is a matter of time before the Al Qaeda or another group uses chemical, biological, radiological and nuclear weapons.

Most likely targets could be India's fast-food industry which is growing by 40 percent per annum and in 2005 it was expected to generate over a billion dollars in sales. This makes one of the most lucrative targets for terrorists to have a large impact. The most likely threat in India would be the food suppliers who provide agricultural products to meat and diary ingredients to international fast food chains like Mumbai based Vista Processed Foods, Dynamix Diary, Amrit Food etc.

Although, the left-wing extremists (Naxals) in India had targeted Coca-Cola plant (in Guntur, Andhra Pradesh) and a milk chilling centre belonging to Heritage foods in the past, the use of biological pathogen or radiological material in food or water is remote from any Naxal groups, though not impossible. But the larger threat emanates from Pakistan based Al Qaeda affiliated group such as Lashkar e Toiba and Jaish-e Muhammad and Bangladesh based Jamiat-ul Mujahideen. These groups are main suspects who can unleash similar kind of attack, or may resort to bio terrorism in India in future as they target civilians too. The trends show that they resort to novel kind of attack every time against civilian populace and critical infrastructures. The easiest part is that an outfit does not need a trained agro-terrorist to infect crops with a toxin-producing fungus and contaminate the whole food chain. Even if they don’t have any training, still they can inflict similar impact using available pesticide or germicide in the market. Therefore the scenario is not unthinkable at all.

Besides the militant threat, cross border smuggling of poultry-including live birds, chicks and meat would help in spreading disease, e.g. avian flu. The situation might be exploited by terrorists or crime syndicate. The border areas (especially with Myanmar and Bangladesh) are the most vulnerable entry points for biological pathogens, as it is easy to smuggle such substances from these porous borders. Even infected animals and birds (cattle, pig, chicken and other game bird) have been routinely imported /smuggled from across the border could be carriers of diseases like Foot and Mouth disease, Anthrax or flu.

Although India’s Defence Research and Development Organisation (DRDO) and the National Institute for Communicable Diseases (NICD) along with the Union Ministry of Home Affairs have started a programme to formulate procedures to deal with possible attacks by terrorists using biological and radiological agents, the preparedness to thwart any sort of offensive at present is remote in India.