The Call of the Islamic State Resonates across South Asia 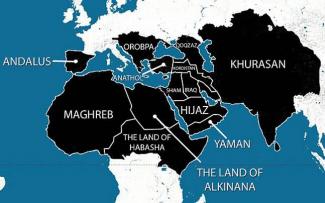 The so-called Islamic State (IS) has effectively replaced Al Qaeda and its affiliates at the vanguard of the global jihadist movement. Under the leadership of Abu-Bakr al-Baghdadi, the movement remains determined to build upon its powerbase in Iraq and Syria and unite the entire Muslim world under its version of the Islamic Caliphate. In his Ramadan address in October 2014, Baghdadi laid out plans for the expansion of IS networks into what it calls Khorasan – parts of the Indian subcontinent and its near-neighborhood. Public outreach and social media campaigns have become essential features of the movement’s efforts to reach out and recruit disaffected Muslims from across South Asia. Early signs suggest that this strategy is already having the desired effect.

IS’ growing influence over Pakistan’s jihadists has also been aided by the country’s increasingly fragile political environment and infighting between militant groups affiliated with Al Qaeda, the Tehrik-e-Taliban (TTP), and its leader Mullah Fazllulah. In October 2014, at least five Taliban commanders were responsible for the formation of the TTP-Jamat ul Ahrar (TTP-JA), a group which immediately declared its support for the Islamic State. On January 11 th, the group released a video in which a Pakistani soldier is beheaded. The TTP-JA also used the video to reiterate its support for the IS, and declared Hafiz Saeed Khan, a jihadist from Orakzai district, as the new head of the movement in Afghanistan and Pakistan.

Early in 2014, Maulana Abdul Aziz, a radical cleric with links to Pakistan’s notorious Lal Masjid, also urged Taliban militants to pledge their allegiance to the Islamic State. In addition, lesser-known organizations like the Tahreek-e-Khilafat Wa Jihad (Movement for the Caliphate and Jihad- TKJ) as well as anti-Shiite militant groups such as Jundullah have expressed support for al-Baghdadi. The extent of IS’ penetration of Pakistan’s jihadist community was also laid bare following the recent seizure of its flags in the town of Taxila, the location of a Pakistan Ordnance Factories site.

Pro-IS graffiti and propaganda have also been found in other parts of the country, such as the port city of Karachi. And in early September, Pakistani authorities uncovered what they believed to be an IS recruitment drive, following the discovery of Dari and Pashtu language leaflets and posters in Peshawar and other parts of Khyber Pakthunkha province. The messages were clear enough: “show your support for the Islamic State and the global Ummah”.

It’s a similar story in Bangladesh, where established Islamist groups like the Jama’atul Mujahideen Bangladesh (JMB) and Ansarullah Bangla Team (ABT) are thought have been in contact with IS leaders. Videos also emerged across 2014 of Bangladeshi nationals fighting in Syria and youths declaring their allegiance (in Arabic and Bengali) to al-Baghdadi. Towards the end of last year, Samiun Rahman (a.k.a Ibn Hamdan Miah), a British citizen of Bangladeshi origin, was arrested in Bangladesh on terror charges. It is alleged that Rahman was in the country to recruit volunteers for the Islamic State and Al Qaeda-linked Jabhat al-Nusra. His confessions subsequently led to the arrest of five volunteers with whom Rahman had communication.

The country’s security forces followed this with the recent capture of four suspected IS members in the capital, Dhaka. Members of the Detective Branch also claimed to have recovered jihadist materials from the suspects’ computer. It’s also been suggested that three of the suspects managed to reach Pakistan, where they are thought to have trained with fellow jihadists.

IS flags and banners were also on show during last September’s protest marches through the streets of Malè, the capital of the Maldives. Much like Pakistan, support for al-Baghdadi and his movement gathered momentum within this tiny island-state over the course of last year. For instance, reports emerged in July that a local branch of IS had already been formed on the islands. IS flags were also spotted in early August during a protest march against Israel’s Operation Protective Edge in Gaza. Social media has undoubtedly played its part in the growing radicalization of sections of the population. A number of pro-Islamic State Facebook pages and Twitter accounts have urged young Maldivian Muslims to “strive for the caliphate and to stand up against the [the country’s] existing democratic system of governance”.

Indeed, all the signs point to many young Maldivians throwing their support behind the violent ideals of Islamic State. As with Pakistan and Bangladesh, a growing number of radicalized youths from the Maldives have made their way to the battlefields in Iraq and Syria. This has occurred despite efforts made by moderate Islamic clerics and leading scholars to convince the country’s youth that fighting someone else’s civil wars is neither jihadi activity nor a source of martyrdom.

Islamic State has also made significant inroads into India’s 150 million-plus Muslim community, an activity that has put them in direct competition with Al Qaida and its recently established regional offshoot. This is hardly a surprising development, given thecoverage of the economic and political marginalization that many Indian Muslims are thought to experience. What’s arguably different, however, is that IS’ outreach activities in India come at a time when it is widely perceived to be leading the global jihadist struggle. By contrast, India represents an opportunity for Al Qaeda to shore up its currently precarious standing within the jihadi community.

Over the course of 2014, IS garnered support from Indian jihadist groups like the Ansar ut Tawheed Fi Bilad Al Hind (AuT), a hybrid militant organization comprising of Indian nationals and Mujahedeen fugitives that remains active along the Afghan-Pakistan border. In keeping with new IS affiliates elsewhere, this resulted in the AuT’s media arm promoting printed and social media jihadist materials in several Indian languages. In November 2014, the same media organization released an English-language recording in which an Indian national takes an oath of allegiance to IS before urging fellow countrymen to follow suit. Other Indian Muslims have been galvanized by social media accounts like @ShamiWitness, expressions of support by well-known Sunni clerics such as Luknow’s Maulana Salman Nadwi and, of course, a robust material distribution campaign, particularly in provinces like Tamil Nadu.

As a result, many radicalized Indian Muslims are thought to have made the journey to Iraq and Syria to fight alongside IS forces. Areeb Majeed was one of four engineering students from the Maharashtra region of India who traveled to the movement’s stronghold in early 2014. Upon his return he confessed to undergoing training in suicide bombing techniques. More recently, Indian security experts arrested seven youths with a background in information technology who were attempting to make the journey to join IS forces in Syria.

So, how have the governments of Bangladesh, India, the Maldives and Pakistan responded to the domestic challenges posed by the Islamic State? Beyond making some high profile arrests and seizures, Dhaka and Islamabad continue to downplay the influence and reach of IS inside their respective countries. The Maldives’ government has also been comparatively silent over the presence of the movement on the islands. Perhaps unsurprisingly, it’s New Delhi that has been the most proactive in its attempts to counter the rise of the Islamic State. India’s premier intelligence organization, the National Investigation Agency (NIA), has approached counterparts in the United States, Canada and Australia as part of its efforts to gather information on IS sympathizers and recruiters based inside the country. New Delhi has also passed legislation that effectively outlaws the Islamic State from operating on Indian soil.

However, an instantly recognizable set of regional tensions – most notably between India and Pakistan – make a coordinated South Asian response to IS a dim and distant prospect. That’s a major concern, given that the movement’s rhetoric and ideals are undoubtedly resonating with large swathes of the sub-continent’s Muslim population, particularly in India. In addition, the region’s military and security forces will eventually have to confront a problem that is already being talked about by counterparts in the West – the return of radicalized youths from Iraq and Syria. It’s a prospect that should spur the region into investing more in the global fight against the Islamic State. India aside, that’s also unlikely to happen any time soon.