Nuclear Terrorism: How Serious is the Threat? 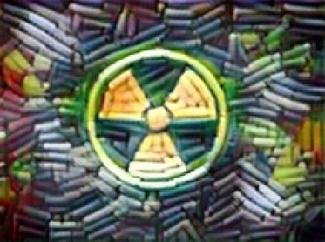 The newly unveiled U.S. Nuclear Posture Review focuses on five key objectives; one of them is preventing nuclear proliferation and nuclear terrorism. The report underscores nuclear terrorism as ‘today’s most immediate and extreme danger.”

What is Nuclear Terrorism and how serious is the threat? Is it an overrated nightmare? Some facts here:

With the advent of suicide bombers, combined the dangers of Weapons of Mass Destruction (also disruption), nuclear and radiological terrorism have become imminent with the improving capabilities of terrorists to develop or acquire these lethal weapons. There are two imaginable ways for terrorists to get nuclear explosives: to build a radiological bomb or an improvised nuclear device or to steal or buy a miniaturized nuclear weapon (e.g. so called nuclear suitcase). Also, there are number of ways a terrorist group could perpetrate a nuclear strike using either a nuclear bomb with the aim of causing mass casualties and widespread destruction or disperse radioactive contamination through a radiological dispersion device (RDD) to cause fear and disruption.

Among the Non State Actors, Chechen Separatists and Osama bin Laden’s Al Qaeda network are heading the suspect list so far. While Chechen guerrillas have attempted to use it in the past, organizations like al Qaeda and religious cults like Aum Shinrikyo of Japan have openly stated their desire to acquire and use nuclear weapons. Aum cult chief Soko Asahara once had vision of a nuclear Armageddon. One of the Aum’s associates had reportedly made frequent visits to Russia to acquire military hardware that includes nuclear weapon components. The Japanese police have reportedly confiscated technical information on Uranium enrichment process and a list of enquiries about the cost of obtaining a nuclear warhead. Once the cult chief Soko Asahara had asked to his associate known as Dr Death, “What do you think would happen if an atomic bomb was dropped on Washington?”

Chechnya separatist leaders have made a series of threats to detonate radioactive containers in Russian cities, to target nuclear facilities in Russia, and even to explode a nuclear device. In 1995, Chechen rebels placed a RDD in a Moscow park containing Cesium-137. Al Qaeda’s Osama bin Laden and cohorts once searched for nuclear weapons sometime in 1988 when he hired a team of five nuclear scientists from Turkmenistan. The team’s project was the development of a nuclear reactor that could be used to transform a very small amount of material that could be placed in a package smaller than a backpack. In 1993, associates of bin Laden reportedly tried to acquire weapons grade uranium by colluding with Salah Abdel alMobruk, a Sudanese military officer and former government minister. Most recently, a French physicist, Adlène Hicheur, who is of Algerian origin involved with the European atomic research centre CERN was charged with terrorism offences after investigations revealed that he offered to work with the Al-Qaeda in the Islamic Maghreb, active in the northern African regions.

Dhiren Barot, another al Qaeda sympathizer from North London had planned to kill civilians in the UK and US using a radioactive device and conspired to target underground car parks in and around vital installation of the UK and the US. In 2006, Barot was found guilty and sentenced to life, however, not for the dirty bomb plot. British authorities disclosed that Barot developed a document known as the “Final Presentation.” The document outlined his research on the production of “dirty bombs,” which he characterized as designed to “cause injury, fear, terror and chaos” rather than to kill. (For complete document see, NEFA Foundation website)

British police arrested another Qaeda suspect Salahuddin Amin and six others on terrorism-related charges in 2004. Five among them were found guilty of conspiracy to cause a series of deadly explosions using home-made fertiliser bombs. Amin reportedly revealed during investigations that while in Pakistan, he had been asked by one Abu Munthir to contact Abu Annis for a “radioisotope bomb”. They had made contact with the Russian mafia in Belgium and from the mafia they were trying to buy this bomb.” However, Amin confessed that he did not believe the offer could be genuine. (“List of ‘terror targets’ revealed,” BBC News, March 22, 2006)

The ongoing efforts by jihadist terrorists to acquire weapons of mass destruction, including nuclear and radiological weapons, continue to be among the key challenges. Much evidence has been accumulated about al Qaeda’s inclinations to adopt a nuclear strategy. In a recent discussion on a Jihadi forum terrorists have reportedly discussed the future strategy of possible nuclear deployment against the western world, the primary target the US. The title of the topic says it all: “Al-Qaeda’s nuclear bombings - Where would the battle start?” In many such forums, it is speculated that al Qaeda should attack the US with nuclear weapons, which would end its tyrannical rule over the world. And they believe that such an attack is only a matter of time and propose a large scale evacuation of Muslims from the western world to avoid mass Muslim fatalities during a nuclear event.

Author Note
Animesh Roul is the Executive Director of Society for the Study of Peace and Conflict, New Delhi
Tags
Terrorism, WMD, CBRN