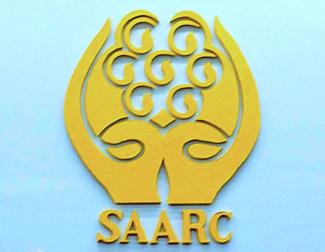 The South Asia Association for Regional Cooperation (SAARC) Foreign Ministers meet on the sidelines of the United Nations General Assembly (UNGA) meeting has become a convention since 1997. Despite the SAARC Summit meetings being cancelled or postponed, the SAARC foreign Ministers have met regularly to discuss the regional affairs. Lately, since 2018, the India Pakistan conflict has also spilled over to the SAARC foreign ministers meet in New York. For the past three years, both India and Pakistan foreign ministers attended the meeting briefly to make their remarks obliquely referring to each other and leave the meeting before the speech by the rival foreign minister. However, this year, the meeting will not occur as there is no consensus among the SAARC countries regarding who would represent Afghanistan. While Pakistan opposed the attendance of any officials representing the ousted Ghani government, the member countries proposed to keep a Chair empty as a symbolic representation for Afghanistan. However, Pakistan disagreed and insisted that the Taliban Minister represent Afghanistan in the SAARC Foreign Ministers meet. This was rejected by other member nations. As the current Chair of SAARC, Nepal communicated that the meeting is cancelled due to a "lack of concurrence from all member states". This meeting is considered an informal meeting of foreign ministers on the sidelines of the UNGA meeting.

The Taliban government in Afghanistan is yet to be recognised by the international community. Moreover, the names of many of those who are Ministers in the interim Taliban regime are on the UN terrorist list. Members of the Haqqani group, a dreaded terrorist group responsible for several bomb blasts against Indian projects and also the Embassies of India and the US, are now ministers in Afghanistan. While Pakistan has asked the international community to recognise the Taliban, it is yet to give a formal recognition. Its Ambassador in the US has said that Pakistan expects the Taliban to deliver on its international commitment, respect everyone's rights and does not allow its soil to be used by terrorists to grant recognition. Pakistan, which played a significant role in getting the Taliban to power, is hesitant to recognise as it realises the economic and political cost of such recognition. Rather it is urging the world community to recognise which will ease the pressure on it to recognise. At least the Taliban expects Islamabad to recognise its government. Such recognition will help Pakistan normalise the Taliban regime as a legitimate political entity and enable it to consolidate its hold over Afghanistan under the Taliban dispensation. Pakistan is pushing for the Taliban's representation in the SAARC Foreign Ministers meet in September this year. Taliban also has written to the United Nations to accept its representative Suhail Shaheen as its Ambassador to the United Nations. It is unlikely that a decision will be arrived at before the UNGA meeting. The question remains who is going to represent Afghanistan in the UN? Unless the UN takes a call on the representation, other countries are unlikely to recognise the Taliban. Taliban had invited Pakistan, Turkey, Qatar, Russia, China, and Iran to the government formation so far adopted a wait and watch policy as far as recognition is concerned.

India has refrained from giving a formal statement on its position on the Taliban. In the SCO meeting, Prime Minister Modi said, "the change of authority in Afghanistan was not inclusive, and this happened without negotiation". He further said, "Terrorist and extremist ideologies will receive encouragement if Afghanistan continues to remain unstable and in the grip of fundamentalist forces." Similarly when its Ambassador in Qatar met Sher Mohammad Abbas Stanekzai, the head of the Taliban's Political Office in Doha at their request, it expressed its concern regarding terrorism. However, after the inauguration of the interim regime in Afghanistan, India has maintained a studied silence. It is evident that India is opposed to the Taliban's participation in the SAARC foreign ministers meet.

Afghanistan was included as the eighth member during the 13th Summit of SAARC held in Dhaka in November 2005, and it participated in the 14thSAARC summit as the new member. In the 13th SAARC Summit, China, Japan, South Korea, Iran, the US, and the EU were given observer status with SAARC. Pakistan was not in favour of Afghanistan's inclusion in SAARC, given the relationship Pakistan shared with the Karzai government in Kabul. It had earlier opposed Afghanistan's membership of SAARC when Afghanistan evinced an interest in SAARC after its formation. In 1987 when India proposed Kabul's membership, Pakistan, ostensibly due to its fear that Afghanistan may use the forum to raise bilateral issues, opposed the move. In the Dhaka SAARC summit, some of the member countries were keen to bring in China as a member state opposed by India. Therefore admission of Afghanistan as a member and providing China with Observer status was accepted as a way out. Moreover, after the dismantling of the Taliban regime in 2001, there was a larger regional dimension to integrate Afghanistan into various regional structures, which will give a stake to regional countries and help Afghanistan to reach out to the larger world. With the Taliban takeover on 15th August, geopolitics in Afghanistan has come full circle.

Since it participated in SAARC, Afghanistan has expressed its concern regarding terrorism and religious radicalism in the region. And has also argued for connectivity. For example, in the 14th SAARC Summit, Karzai emphasised Afghanistan's role in "connecting Central Asia to South Asia and the Far East to the Middle East. India has been arguing for larger regional connectivity within the SAARC framework, which Pakistan often opposes. Connectivity among the SAARC countries will provide India with overland transit through Pakistan to trade with Afghanistan. Pakistan was reluctant to sign the regional Motor Vehicle Agreement (SAARC-MVA) even it was finalised in the Kathmandu SAARC Summit for signature. As a delaying tactic, Pakistan said it wanted to study the regional MVA further. It is unlikely that with the Taliban takeover of Afghanistan, Pakistan will sign the SAARC MVA. The future of the Central Asia-South Asia power project (CASA) that could have linked Central Asia with South Asia does not appear to be fructifying.

With the change of government in Afghanistan, Pakistan has found a new ally in Afghanistan. It plays an active role in getting Taliban international legitimacy and acting as the spokesperson of the Taliban government in Afghanistan. While meeting his US counterpart Antony J Blinken, Foreign Minister Shah Mahmood Qureshi said, "while the Taliban should be held to their commitments, the international community has a moral obligation to help the Afghan people deal with the growing humanitarian crisis in Afghanistan." Pakistan is making an extra effort, and unlike in the past, it is yet to recognise the Taliban government. Participation of the Taliban in the SAARC foreign Minister summit in future will provide Taliban recognition and political legitimacy within the region. Regional structures would be more important for the Taliban at the moment. It is unlikely that recognition of the Taliban Emirate would come anytime soon. Some of the policies towards women, education of girl children, banning women from working in public indicate Taliban 2.0 is not different from its previous incarnation. The SAARC process that remains defunct without Summit meetings will now face the challenge of engaging the Taliban.