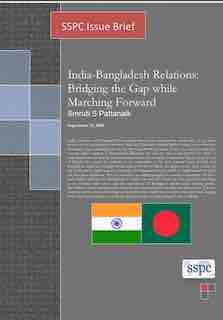 Abstract: India's relations with Bangladesh have perhaps been more scrutinised in recent times. The bilateral ties are weighed mostly in terms of an imaginary competition between India and China, especially whether India is losing out to China has remained a major debating point for the political and social elites in both countries.  Such a view does not take into account India's support to Bangladesh's liberation war and the close socio-cultural ties which are embodied in the fact that the national anthems of the two countries were written by Noble Laureate Rabindranath Tagore, the great son of Bengal who cannot be confined to the territoriality of the post-colonial states of India and Bangladesh. India has extended investment of US$ 10 billion, the largest to any other country in the world, and the high- impact community development projects which are implemented on grant aid have been significant. The two countries are making progress in security cooperation. All these make India's relations with Bangladesh to stand on its own feet. There are some issues like the firing at the border, trade issues, and the repatriation of Rohingyas remain main sticking points.

Nevertheless, these sticking points cannot be the measuring rod to evaluate the bilateral ties. The two countries need to focus on ironing out their differences. India promised to look into these nagging issues that have emerged as a challenge during Foreign Secretary Harsh Vardhan Shringla’s visit to Dhaka.