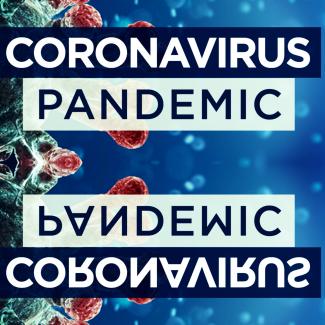 As long as a human community, as a whole, does not get out of the ‘syndrome’ of reacting and preparing for yesterday’s threats, the world would never remain prepared to address the threats like the pandemics. The field of warfare tells us that humans draw lessons from past wars in order to prepare for future wars without realizing that the face of future wars may not be the same that they have experienced in the past. In very broad terms, there are two main categories of threats, called natural and human-induced. Unfortunately, there has been a tendency for taking nature for granted, and as long as this tendency continues to exist, the world would continue to face challenges like COVID-19 in the future too. At present, the process of obliteration is continuing and the need for the hour is to get the human population out of the woods first. By now, most of the political leadership across the globe have understood the severity of the situation and are found trying their best. The medical community which is bounded by the Hippocratic Oath (the Oath written by Hippocrates, a Greek physician, 460–370 BC), to treat the ill to the best of one's ability, is found abiding to this oath in true spirit. Kudos to this community for their selfless service.

The frequency of natural disasters is not known and also, it is very difficult to predict it in advance. There are some disasters, which possibly may not happen in the lifetime of few generations. Obviously, the states are not prepared to handle such disasters. Take the case of the Tsunami. The Asian Tsunami, which occurred on December 26, 2004, is known to have taken more than 2,25,000 lives and had an impact on 14 countries. The deadliest Tsunami before this was Italy's 1908 Messina earthquake on the Mediterranean Sea and is known to have killed close to 1,23,000 people. The known Tsunami incidences before the 1908 and the science of seismology had made scientists conclude that the Indian and Pacific Ocean Region has very little probability of Tsunami occurrence. Possibly, the earlier Tsunami that happened in the region was around 400 years back. Obviously, Tsunami was not even considered to be a threat before 2004. Though, there was some indication two years back before the Asian Tsunami. The 2002 Sumatra earthquake is believed to have been a “foreshock”. The rupture area of the 2002 earthquake was very close to the rupture area of the 2004 earthquake. Such foreshocks are known to the earthquakes that occur before a larger seismic event. However, nothing much was ‘read’ from this quake.

The SARS (2002, 774 deaths), and MERS (2012, 858 deaths), incidences were possibly the “foreshocks” for COVID-19 epidemic. Unfortunately, the world ignored them. There were few other diseases spreads too, like Ebola and Zika, which did indicate that the destruction capability (in terms of human lives, economy, and impact on human physiology) of any ‘virus’ is much higher than the weapons created by the humans. Today, the spread of Coronavirus could be viewed as one of the biggest intelligence failures at the global level. Regrettably, the ‘intelligence’ was available, but we had done blind-eye towards it. History of pandemics and the forewarning given by the SARS and MERS disease spreads was the strategic intelligence available. Some risk assessment agencies indenting about the spread of some highly contagious virus over the Chinese region around December 2019 was the tactical intelligence available. But these visible signals were overlooked. More importantly, at a global level, we even do not have a structured Communicable Diseases Intelligence Gathering System which is alive and kicking.

Now, conveniently, few have started blaming WHO for the situation in which we are today. But, have we all ever seriously debated the challenges in front of the World Health Organisation? At a multilateral level, the focus always remained on the so-called ‘sexy’ organisations like World Bank, OPEC, OECD, APEC, IMF, etc. Pandemics have never been an issue for focussed discussion when the heads of state meet. Globally, health has got relegated more like a commercial issue than an issue for human survival. Hence, there could be more talk on health insurance and medical tourism.

Of late, there has been a fashion of the securitisation of a threat so as to attract the attention of the policy-makers. This notion has given rise to the terminologies like Environmental Security, Water Security, Food Security, and Cyber Security. Unfortunately, in order to ‘secure’ the interests of the pharmaceutical and biotechnology industry, the major world powers have never paid the required attention towards even strengthening the Biological Weapons Convention (BWC, 1975). Remaining prepared for any possible biological weapons attack or for any pandemic is almost one and the same. But for all these years, we viewed both threats as almost zero probability threats.

Pandemics are like health Tsunamis, they would never give any direct warning of their arrival, but would definitely give a weak signal. We failed to correctly and timely catch the correct signal. It is a failure of human intelligence.