France-India Ties: From Sporadic Cooperation to an Enduring Partnership (Part-I) 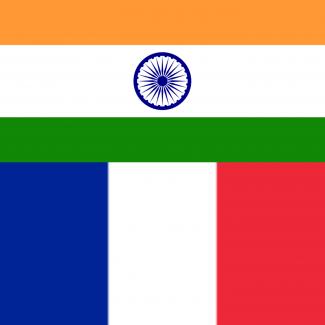 On the 14th of July, a contingent comprised of more than 400 Indian troops, drawn from the Army, Navy and Air Force marched down from the Arc de Triomphe monument during the Bastille Day military parade on the Champs Elysees avenue in Paris. The event took place in the presence of Indian Prime Minister Manmohan Singh and French President Nicolas Sarkozy. It, undoubtedly, heralds a new chapter in Franco-Indian ties and the participation of Indian troops in the parade is indicative of a more profound trend which has been steadily growing over the past decade or so.

During much of the Cold War, relations between the two republics were cordial but relatively distant. Neither country loomed large on their counterpart’s strategic radar screen, nor their relationship over those long decades has been variously described as “not bad but lethargic”, “cordial but stagnant”, or “lacking dynamism”.

The relative lack of tensions between both states during the Cold War can largely be explained by France’s quest for a degree of strategic autonomy from the rest of its NATO allies, and the US in particular. This aspiration for a certain degree of strategic flexibility in its dealings with the rest of the world most notably led to France’s decision to develop its own military nuclear capacity or “force de frappe” in 1958, and President Charles De Gaulle’s unilateral decision to pull out of NATO’s integrated military command structure in 1966 (this decision has just been reversed by Sarkozy). France’s refusal to consistently toe to Washington’s line meant that it often harboured a slightly more sympathetic attitude towards India than its allies.

For example, during the first decades following independence, Western countries almost invariably sided with Pakistan rather than India over the Kashmiri dispute. This was due, in part, to the fact that Pakistan, by joining the Baghdad Pact, had become an important ally in the region. Paris, although allied with the West, frequently took a more measured attitude, refusing to systematically side with Islamabad. France was one of the first western countries, for example, to lift the arms embargo that hit both India and Pakistan in the aftermath of the 1965 conflict. Similarly, during the 1971 war, Paris was one of the only Western capitals to comment on the legitimacy of India’s concerns vis-à-vis of the refugee crisis in its border regions with Bangladesh. Such gestures were duly noted and appreciated in Delhi.

This is not to say, however, that both countries’ relations were completely devoid of tension. France remained entrenched in its five minute colonial dominions in India until 1954, and when, in 1947, the French government asked for a ten year extension of the 1945 agreement allowing military cargo planes to fly over Indian airspace, Prime Minister Nehru, while agreeing, did not hesitate to voice his disapproval of French “imperialism” in the strongest possible terms. After the Sino-Indian border war in 1962, Delhi, by virtue of necessity, remained avowedly “non-aligned” while drifting ever closer to the Soviet Union, signing a treaty of Treaty of Peace, Friendship, and Cooperation. This was viewed with concern by French officials, as was De Gaulle’s decision to recognise the People’s Republic of China in 1964 by their Indian counterparts. Overall, however, both countries’ ties lacked the degree of acrimony and mistrust that characterized Indo-US relations for so long.

In fact, the Indo-French relationship during much of this period can best be defined by its very lack of sentimentality. Their rapport was business like and mainly restricted to arms sales. Indeed, India and France have a long history of defence cooperation. Few people know, for example, that in-between 1950 and 1962, France’s total arms sales to India, at 794 million dollars, ranked second after those of Great Britain (far ahead at more than 4.5 billion).

France was subsequently overtaken by Russia, and the US, but remained a major arms supplier to India, supplying it over the years with reliable, high-tech equipment such as Bréguet Alizés and Mirage 2000 aircraft, AS-30 air-to-surface missiles, Milans anti-tank missiles, and Chetak and Alouette combat helicopters.

In the aftermath of the Cold War, France took a few years to realize that India, with its growing and liberalised economy, vibrant democracy and increasingly capable armed forces was a major rising power. When it did, however, things began to move very fast.

1998 is generally recognized as being the ‘watershed year’ in Franco-Indian relations. With President Jacques Chirac’s state visit to India in January 1998 and PM Vajpayee’s visit to Paris in September of the same year, the relationship changed from one that was politely indifferent to one of a genuine strategic partnership. A broad and wide ranging Indo-French strategic dialogue was established, and France publicly came out in support of India’s bid for a permanent seat at the UNSC. The growing warmth in Franco-Indian ties was further revealed in the course of that year when Paris remained silent after the BJP’s government decision to go ahead with the Pokhran nuclear testings, which were almost universally condemned at the time.

Since the late 1990s, France has been a steadfast and unwavering supporter of Delhi’s nuclear energy needs. Even before the India-US nuclear deal was validated by the NSG and ratified by the American Congress, French and Indian officials were busy fine-tuning a bilateral nuclear agreement, which, amongst other things, institutionalises cooperation in-between India’s Department of Atomic Energy and its French equivalent. The French flagship company Areva, which is one of the world leaders in the field of civilian nuclear technology, has been visiting India and engaging in preliminary talks on the development of Jules Horowitz nuclear reactors.

Author Note
Iskander Rehman is a Doctoral Candidate in the Asia Program at the Centre d Etudes et de Recherches Internationales (CERI), Paris and is attached to the French Ministry of Defence
Tags
India, France, Cooperation