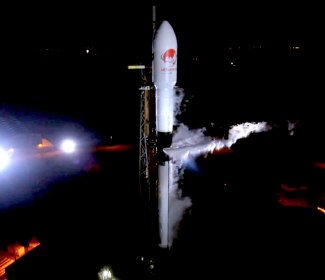 With the evolution of space technology, various space-faring nations and some private agencies have readied their plans to colonize the outer space. Currently, a few are working towards sending people to the Moon and Mars in order to understand the nuances behind colonizing the planets in the near future. All these grandiose proposals will actually depend upon how swiftly and successfully people will develop the heavy satellite launch vehicles in order to deliver heavier payloads in the range of different orbits and even into the deep space.

The current launch of “The Falcon Heavy” by SpaceX, a private American aerospace manufacturer, has opened up a new generation of advancement in space exploration. Since last decade, SpaceX is working to create space revolution with its recent test launch of “The Falcon Heavy” on February 6, 2018, the most powerful rocket to lift over 64 metric tons into the low earth orbit (LEO) with an altitude ranging from 80-2000 km. On the same segment, China is also developing a heavy satellite rocket named “Long March 9”.

This paper analyses the need for the development of heavy satellite launch vehicles, the engine specifications, why states are now making a strategic shift towards more research and development in this field, and will also look at the geopolitical angle to the subject.

A heavy satellite lift launch vehicle is a rocket that has the capacity to lift payloads as heavy as above 10 tons into space. They are capable of doing things that other rockets cannot do. Generally, it is used to deliver heavy satellites into higher orbits.

A satellite launch vehicle is just a simple rocket that uses the basic jet propulsion technology in order to produce the upthrust. It is designed in a manner so as to deliver the satellites or humans (payloads) into different orbits beyond the Earth’s reach into space. The function is to deliver satellites, humans or robots (payloads) into space with the help of rocket technology that moves against the force of gravity by firing hot exhaust gases towards the downward direction. The strength of the rocket depends upon the weight of the satellite it has to lift and the essence of the orbit in which it is to be placed. Since the launch of the first satellite into space named as Sputnik-1 on October 4, 1957, the rocket technology, in terms of its deliverability and efficient engine mechanisms, has evolved tremendously and is still in a dynamic continuity of evolution. Satellite technology is now at the central point of discussion in every diplomatic meeting. This is because the human race has always been ambitious and curious about space technology, satellite communications, and space exploration.

Thus, with the advancement of rocket engine technology, the capabilities to deliver heavy payloads into different geocentric orbits have also increased significantly. Heavier payloads mean not only to put heavy satellites into space but also satellite specialized sensors for detecting ultraviolet and infrared light, International Space Station, delivering of humans into space, Mars and moon exploration programmes. A heavy satellite, in particular, can be used for boosting connectivity, increasing the speed of internet by using satellite-based internet facilities, as a single spy-satellite with high range, to monitor tracts of land as a Landsat, a remote-sensing operational satellite for emergency response and disaster relief.

In a relative approach, when comparative analysis for existing launch vehicles was carried out, rocket scientists discovered that the technology available for delivering less than 2 tons of payloads in the low earth orbit (LEO) is a much easier job than putting heavy payloads into the orbits.[3] Thus, the world now sees a great demand in making of heavy satellite lift launch vehicles with more thrust and larger payloads carrying capacity. Mostly, the rocket technology used today is in the expanded form, but SpaceX (Space Exploration Technologies Corp.) tests fired its Falcon Heavy launch vehicle capable of carrying more than 64 tons of payloads to the low earth orbit with the help of a reusable first stage of rocket propulsion system.

China is also in the stage of developing the heavy satellite rocket launcher named Long March 9, which will be capable of lifting payloads equal to some 140 tons to the low earth orbit, 50 tons to Earth-Moon transfer orbit and 44 tons to the Earth-Mars transfer orbit.

The only challenge for many space-faring nations is to strengthen their ability in terms of developing cryogenic as well as semi-cryogenic technology for easy deliverability of heavy satellites (payloads) into space. At present, few countries like USA, Japan, France, Russia, and India are into the cryogenic stage of development, and that is where satellite diplomacy finds strategic relevance in the domain of a country’s foreign policy.

The most important factor in any heavy satellite vehicle launcher is the efficiency of its engine. In a particular rocket engine, more the specific impulse of the engine, more efficient it is and thus can deliver more thrust for a given mass of the propellant. Thus, cryogenics with the current focus on semi-cryogenics is the emerging and efficient engine rocketry technique as compared to the conventional solid propellant-based engines. The word cryogenics originates from two Greek words, Kyros meaning cold or freezing and gene meaning burn or produce.

Table 2[4] below provides some useful data for the development of cryogenic technology (country-specific).

The cryogenic technology comprises of two basic elements of the universe:

The technology involves the use of these two liquid propellants at a cryogenic temperature, as an oxidizer and fuel in different mixtures.[5] This rich mixture of fuels offers a very high energy efficiency for the rocket engines that in turn produces a very large amount of thrust. This type of rocket engine is functionally designed to use the oxidizer that must be refrigerated in the liquid state. Sometimes, liquid nitrogen is also used as an oxidizer.

Thus, cryogenics technology is the most efficient rocket engine technology when it comes to deciding the factor of a specific impulse of the engine. The specific impulse of an engine is the measure of how effectively a rocket uses the propellant. With the advancements in the space exploration, satellite technology, and space technologies, the future belongs to cryogenics because it meets human ambitions for high speed, more efficiency and the need for lifting heavier payloads into space. The current trend is to deliver heavy payloads into space in an eco-friendly manner. Thus, scientists have shifted their gears towards the use of semi-cryogenics as the first stage of the propulsion system. Semi-cryogenics uses liquid oxygen as an oxidizer and kerosene (designated as RP-1, rocket propellant-1) as a fuel, which is non-toxic, non-corrosive and more environment-friendly. But some scientists still prefer solid-based propellants as the initial strap-up booster for their rockets. The reason is solid-fuelled propellants are much easier to handle and store and can generate far more inspiring amounts of thrust at an initial stage.

Henceforth in order to increase the payload capacity of the vehicle, semi-cryogenics should be used (as the second stage) in place of liquid propellants and cryogenics should be retained at the upper stage of the propulsion system in a multistage rocket. The ideal rocket propulsion system in a multistage rocket is to use the ground or the first stage with solid-propellant based rocket strap-up boosters to generate high amounts of thrust, but that first stage should be a reusable stage, and second stage to be semi-cryo based in order to be cost-effective and increasing the payload capacity of the vehicle to have a high specific impulse as compared to the liquid stage. The final or the third stage should be purely cryogenic based in order to increase the efficiency of the vehicle. 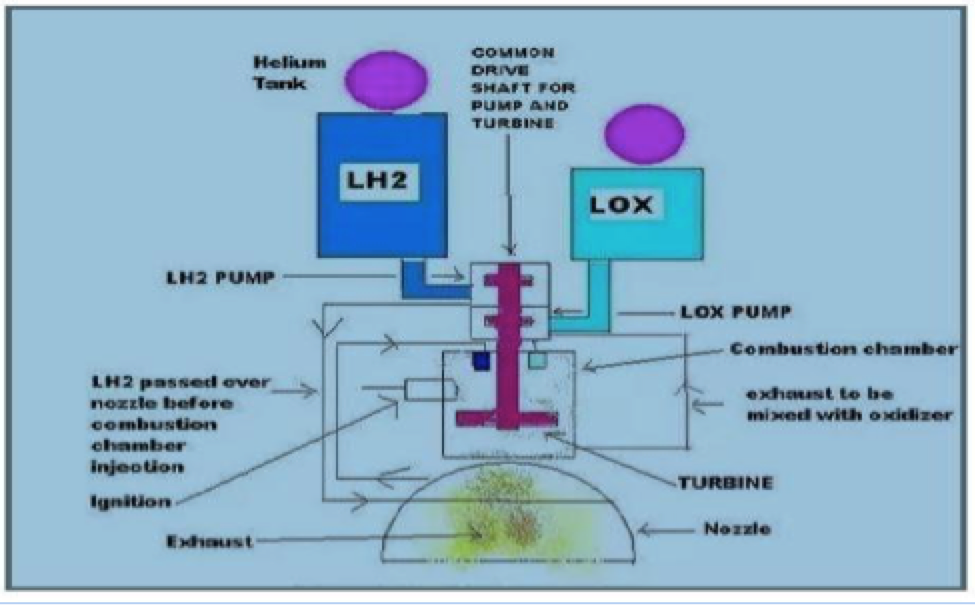 Future Vehicles in the stage of Development

Table 3[6] provides some useful data for the future heavy satellite vehicles that are currently in the stage of development (country-specific).

The data provided above in the table shows that the coming decade will be the future for research and development of the heavy satellite launch vehicles. The United States is seen as the dominating country in the development of future launchers, but China is also making an edge with its “Long March 9” having the capability to deliver above 140 tons of payloads into Earth’s low orbit. China is not a party to the existing International Space Station and is currently in the stage of developing its own Space Station controlled from the Beijing Aerospace Command and Control Centre. The first core module of this Chinese space station will be launched in the year 2019, and the first space laboratory will get operational from the year 2022. Speculations are ripe that the existing International Space Station will get obsolete in its operational capacity after 2020. Meanwhile, Space X is in the stage of developing the technology that will colonize the planet Mars. Also, since China too is now a big player in the world of space technology, it would be interesting to see how the ongoing projects will turn out to be, notably the Long March 9.  Hence, the future of heavy satellite (payload) lifting launchers is directly proportionate to the future of space age.

This paper has carried out an assessment of various important research and developments pertaining to the future of heavy satellite launch vehicles. The challenge before many space-faring nations now is to develop the capability to deliver heavier payloads into the different range of orbits with utmost efficiency, and for that objective much of the focus should be given to research and development of the semi-cryogenic engine, which is much more cost-effective. Otherwise, these nations will remain dependent on the technology of semi-cryo capable nations like the US and Russia, and this will make these two states dominant players in various space exploration missions. ISRO (Indian Space Research Organization) is also in a stage of developing this semi-cryo technology named SCE-200 that will help boost up the payload capacity of Indian space missions, thus making India self-dependent in uplifting heavier payloads, a roadmap for efficient satellite diplomacy.

[1] Table- 1: Data based on various open sources available on the web.

[4] Table 2: data based on various inputs from research papers on cryogenic development.

[6] Table 3: Data based on various open sources available on the web.