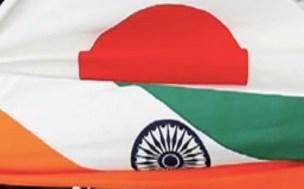 The Indian Navy announced plans to dispatch a flotilla of four warships to the Asia Pacific region in March-April this year. These vessels will make goodwill visits to ports in the region and also engage in joint exercises with a number of regional navies: Singaporean Navy for the exercise Simbex in South China Sea; Malabar with the US Navy and the Japanese Maritime Self Defence Force (JMSDF) off the Okinawa coast; and Indra with Russian Navy off Vladivostok. During these exercises, Indian Navy ships will conduct a variety of manoeuvres including subsurface, surface and air operations, gunnery training exercises, and visit, board, search and seizure (VBSS) operations. According to an Indian Navy source “Constructive engagement is our principle weapon during peacetime. The idea is to enhance security and stability in the entire Indian Ocean Region by engaging with regional and extra-regional maritime powers,” Meanwhile, the US Navy has observed that the aim of these exercises is to “strengthen the stability of the Pacific Region,”

Among the several naval interactions with the East Asian navies, the Indian and the Japanese navy-to-navy engagement has been growing and involves port calls, high level naval exchanges, discussion forums and significantly joint naval exercises. In recent times it has expanded to include the US Navy also.

During their Annual Summit in October 2010, Dr. Manmohan Singh, Prime Minister of India and Mr. Naoto Kan, the Prime Minister of Japan, held talks on bilateral, regional and global issues of shared interest. The two leaders stressed the need to ‘steadily expand security and defense cooperation between India and Japan.’ Among other issues, the two leaders also focused their attention on developing capacities through bilateral and multilateral exercises, information sharing, training and dialogue to respond to a number of security challenges such as counter terrorism, anti piracy operations in the Gulf of Aden, maritime security and humanitarian assistance and disaster relief and response. They urged their navies and the coast guards to ‘realize the full potential of the Action Plan to advance Security Cooperation signed in 2009, based on the Joint Declaration on Security Cooperation between India and Japan.’

In June 2006, three think tanks i.e. Aspen Institute India in collaboration with the Confederation of Indian Industries (CII), the Japan Institute of International Affairs (JIIA) and the Center for Strategic and International Studies (CSIS) began deliberation on establishing a strategic dialogue among India, Japan and the US. During their seventh meeting in the US (Washington, D.C., September 22-24, 2010), the participants were of the view that the three partners must encourage greater naval cooperation and that their navies must ‘play a greater role in the South China Sea and keep the sea lanes open in the Western Pacific.’

THe Indian Navy has established naval interactions with the US Navy since 1992 and as part of this relationship, the two navies have engaged in the Malabar series of exercises; 14 such naval exercises has taken place in the past. In the beginning these exercises were rudimentary and these have progressively improved in content and complexity with participation by several complex platforms as aircraft carriers, nuclear submarines and long-range maritime patrol aircraft. The exercises paved the way for greater understanding between the naval forces and helped to develop a broad framework for operating together in support of non-military operations such as anti-piracy, safety of sea-lanes and anti-drug and gunrunning patrols.

The Malabar 07-2 held in the Bay of Bengal included three additional navies’ i.e. Royal Australian Navy, Japanese Maritime Self Defence Force, and the Singapore Navy participated in the India led multilateral naval exercises. At that time, Vice Admiral Yoji Koda, Commander of the Japan Maritime Self Defence Force had stated that “Internationally, navies understand each other” and “we are flexible enough to learn the different ways from the international navies and it is easy for us to become friends on humanitarian issues.”

Likewise, commenting on the 2009 Malabar exercises involving India, Japan and the US navies, it was noted that “The U.S., Japan and India share democratic and seafaring traditions" and "We look forward to continuing to strengthen the bonds and personal relationships between our navies and advancing into more complex operational and strategic areas that go beyond tactical exercises." Similar sentiments have been echoed by Vice Admiral John Bird, Commander of US 7th Fleet who has noted that the trilateral naval exercises provide an opportunity for interoperability among navies and in that context, observed “We look forward to this opportunity to work with the very professional maritime forces of India and Japan...Malabar gives us the chance to build greater interoperability with two of our most important regional partners,”

Both India and Japan are also concerned about the planned double-digit rise in Chinese defense spending in FY 2011-12. There is mounting trepidation in the region about China's decision to increase it military spending to 601.1 billion Yuan ($91.4 billion) an increase of 533.4 billion Yuan over FY 2010-11.

At the operational level, the Indian and the Japanese navies must contend with the Chinese ability to develop anti satellite capability in the light of its shooting down a rogue satellite in 2007. Also, in recent times, the Chinese plans to develop DF 21 Anti Ship Ballistic Missile (ASBM) missile to attack and cripple large sea targets such as aircraft carriers, expeditionary platforms and fleet formations is of concern. In response, Japan has equipped Aegis Ballistic Missile Defense (BMD) system onboard its naval vessels. Likewise, the Indian Navy is developing indigenous BMD capability and is also keen to acquire the US Aegis ballistic missile defence (BMD) system.

In terms of profiles and capabilities, the Indian and the Japanese navies possess significant synergies. Joint naval operations and also the ability to operate with other naval powers such as the US Navy can be the key to greater engagement between the two navies.