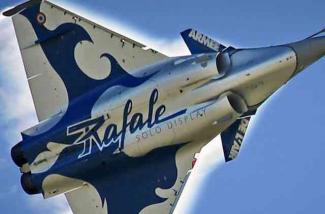 Three broad conclusions were immediately drawn by strategic analysts when Indian Prime Minister Narendra Modi, during his recent three-nation tour (including France), asked the French President to consider supplying 36 Rafale fighters through a government-to-government (G-to-G) route to India. First, such a decision was surprisingly puzzling because a larger 126 MMRCA tender process is still underway in technical terms, in which Rafale is the L1 (lowest bidder, technically-qualified). Second, a G-to-G supply will negatively impact the much-publicized ‘Make in India’ effort as neither offsets obligations nor the transfer of technology would be binding in this new deal. And third, such G-to-G contracts, more of which are likely in the near future as stated by the Indian Defence Minister in response to the Rafale decision, would probably be a preferred choice for strategic systems purchases.

In sum, the decision, as argued by many experts, appears to be ill-timed, ill-advised and certainly ill-calculated. On the contrary, some analysts and industry watchers have argued that the announcement connotes decisiveness at the politico-bureaucratic executive level and it may not jeopardize the larger ‘indigenization’ effort as it is just another one-off deal.

There are some merits in both arguments, although critics appear to outnumber defenders in this case. It is not my intention to question the wisdom of either the government or commentators. As a student of strategic affairs, I am supposed to relate the fundamentals of defence purchases to the deal in question and place reasonable assumptions for further debate and consideration. I advance a set of three-pointers: a) the G-to-G Rafale purchase decision appears to be a decisive politico-bureaucratic choice with objective and strategic considerations; b) the decision may negatively impact ‘indigenization’ efforts in the short run, only if future big-ticket items follow competitive bidding routes; and c) the decision exposes institutional weaknesses in defence procurement processes.

First, the absence of transparency in defence procurement often leads to surprise announcements that often times embed political considerations. Examples exist where recipients have reserved, reversed or taken new decisions in arms procurements altogether. Rafale’s export history stands as a testimony to fluctuating decisions by buyers / potential buyers like Canada, Saudi Arabia, Kuwait, UAE, Malaysia, Brazil, Singapore and others.  The fundamental principle of the arms trade is that the supplier is always at the mercy of the recipient – hence employment of lobbies or well-timed visits of high-profile political leaders to recipient countries during times of negotiations. Because arms purchase decisions are more politico-bureaucratic than economic or technology-driven, specific deals will invariably have broader political considerations by the recipient. Seen from this prism, the decision on Rafale by India appears to be politico-bureaucratic driven – both objectively as well as strategically. Objective considerations would necessitate a  decision on a long-pending complex deal (126 MMRCA) that has gone nowhere, thus impinging negatively on the modernization process of the IAF. This required a resolute political decision, which incidentally was linked to the Prime Minister’s visit to France. Strategically, the decision is intertwined with the larger Indo-French bilateral relations where spin-off benefits could come from other sectors like civil nuclear cooperation and technology-driven business domains. Interestingly, larger strategic interest convergences between India and France were one of the major factors in the 126 MMRCA selection process as well. In any case, the Indian Defence Procurement Procedure (hereafter, DPP) has provisions for such decisions under ‘fast track procedure’ and ‘strategic considerations’ whereby a particular deal can bypass DPP.

Second, although details of the new 36 Rafale purchase are yet to emerge, one can reasonably argue that the deal in all certainty will neither have ‘offsets’ nor technology transfer obligations. This has prompted many to argue that G-to-G deals will negatively impact the ‘make in India’ efforts in defence production. This is true for the 36 Rafale sale only. If more big-ticket items in future follow the same G-to-G procurement route, then it will definitely bring in much disappointment for the Indian industry as there would be fewer indigenization efforts because of a lack of orders and incentives. The Defence Minister’s recent statement that the ‘G-to-G route is better than the competitive route’ or ‘more strategic choices would be considered through the G-to-G route’ needs to be examined closely. He is merely stating a fact on the former, which may or may not necessarily conform to all elements of DPP. It is not clear as to what he actually intends to state in the latter observation. If his intent is to buy only strategic systems through the G-to-G route, then it is fine. Most analysts do not realize that this is embedded in the ‘strategic considerations’ and ‘buy global’ sections of DPP. India can waive L1 and even bypass normal procedural routes if it feels that the acquisition of a particular system could benefit it in strategic terms. In this case, a particular choice becomes subjective. ‘Buy Global’ choice permits the decision-makers to opt for a system or technology which are not available within India. Rafale may fall into the category of ‘strategic considerations, but it is certainly not a ‘buy global’ choice. It can be argued that the Rafale deal may jolt the aspirations of Indian industry for the short term, but if such decisions are avoided in future, and more and more defence contracts go through a competitive bidding process, then the defence indigenization and industrialization process can bounce back from the current position. This requires careful planning and resolute political decision.

Last but most important, the new Rafale choice has dealt a severe blow to the ongoing 126 MMRCA tender process in many ways – not only has it exposed the inherent procedural weaknesses in the DPP but more importantly put a question mark on the negotiating capabilities of the Indian side. Political indecisiveness is also evident in the whole process. Consider these: a) the 126 MMRCA was conceived after many deliberations during the end of the then NDA tenure in 2004 (which actually means that the necessity must have been contemplated at least since the late 1990s); b) it took the UPA government more than 3 years to issue RFI (request for information); the vendors sought more than the normal time allotted to respond to the RFP (request for proposal) by late 2009; the stage from RFP to the culmination of technical evaluation (tests in high altitude, desert and plain conditions by six competing vendors) took nearly 3 years (2012); the commercial (including offsets, ToT, life cycle costs and others) negotiations have already taken more than 3 years with no definitive results in sight as of today! If this is not enough, three more committees have been added to the existing half a dozen multi-disciplinary committees to evaluate elements of DPP, constitution and inclusion of which have been taken up during the so-called review and refinement process of DPP (DPP has been revised ten times in a span of 13 years since 2002, with one more revision coming any time by the end of this year). With no clarity on offsets, ToT, life cycle costs and contract negotiation processes contained within RFP issued to the vendors, and all such provisions subject to negotiations, the ultimate scenario is: that the vendors and their negotiators are as clueless as their counterparts from the Indian side (the MoD mandarin and representatives of the end-user IAF). It is not for nothing that the 126 MMRCA process has led to further confusion and thus forced the decision-makers to opt for an altogether new decision.

At the heart of the problem lies a vaguely worded, often overlapping, relatively unclear and horrendously lengthy procedural arrangement called DPP. 36 Rafale decision would not have happened if DPP had addressed procedural complexities.