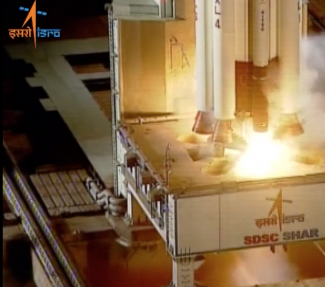 The Indian Space Research Organisation (ISRO) successfully placed a communication satellite GSAT-6A in a geosynchronous transfer orbit on March 29 (2018). It was carried on board the GSLV F-08 from the Satish Dhawan Space Centre. This is a communication satellite and will complement the GSAT-6, which is already in orbit. This marks the 12th flight of GSLV-F08 and sixth flight with indigenous cryogenic upper stage.

ISRO’s every launch is mostly unique in terms of capabilities, technologies and usages and hence this launch too needs to be put in perspective given its exclusivity.

GSAT-6A is a high power S-band communication satellite. The mission life of satellite is about 10 years or more. It would also provide a platform for developing technologies such as demonstration of 6 m S-Band Unfurlable Antenna, which has a diameter of six metres — it can be unfurled and opened like an umbrella once it reaches its prescribed orbit. Needless to say, this will improve India’s communication capabilities. Also, this entire communication system will have handheld ground terminals and network management techniques that could be useful in satellite based mobile communication applications.

The ISRO has made prominent improvements over the years be it the induction of High Thrust Vikas Engine or placement of electro-mechanical actuation system in place of electro-hydraulic actuation system, which ISRO hopes to deploy for the lunar mission – Chandrayaan – 2, which is scheduled for October this year.

ISRO’s space programme suffered major limitations for many years and thus it was unable to launch heavy (say of the variety of 4000 kg or more) communication satellites in the geostationary orbit (36,000 km above the earth). This is because for many years, success had evaded them in the field of the highly complex cryogenic rocket propulsion technology. But this is not true anymore. The recent successful launch outfitted with the indigenous Cryogenic Upper Stage (CUS) demonstrates that ISRO has succeeded in mastering the cryogenic rocket technology required for such launches. In early January 2014, ISRO had conducted the first successful launch of a rocket (GSLV D-5) using indigenous cryogenic technology. The first ever attempt made by ISRO to undertake a GSLV launch using an indigenous cryogenic upper stage had failed in 2010. Also, GSAT 6, which was successfully launched during 2015, had the made in ISRO cryogenic engine. Now, with the consecutive successful launches of the GLSV, ISRO has proved the reliability of its cryogenic rocket technology. This success has come after more than two decades of efforts beginning in the early 1990s. India was denied this technology during 1990s when Russia owing to the US pressure had refused to part with this technology. Even today, India requires working harder on this particular technology to ensure success of developing GSLV Mark III vehicle, a coveted future project.

GSAT 6A is 2,140 kg satellite, which cost around INR. 270 crore and the launch was successful and out of three orbit raising operations two were successfully conducted. Technically speaking, this is a communication satellite and would mainly be used for mobile services. However, it is also expected that this satellite would particularly be useful for security forces stationed in remote corners of the country as it will be able to send and receive signals from hand-held devices.

GSAT-6A is the third commutations satellite launched by ISRO for strategic requirement. In 2013, it had launched GSAT-7, a dedicated communications satellite for the Indian Navy. On August 27, 2015 GSAT-6, a 2,117 kg satellite, was launched. This was an important asset for the armed forces as Indian soldiers operate in diverse terrain and topographic conditions, from peninsular region to desert to snow-clad mountains. Owing to topographical challenges, soldiers on many occasions encounter breaks in commutations. GSAT-6 and GSAT 6A will provide quality and secure communication. This new system also frees the soldiers from carrying bulky communication equipment since very small handheld devices would be put in use for these new ones.

The launch of GSAT-6A needs to be analysed in the backdrop of India’s overall military space capabilities. India has already announced that the GSAT-7 and GSAT-6 satellites have been developed for strategic purposes. Since 2005, some remote-sensing (sub-metre resolution, matching with the best in the world) satellites were also launched by ISRO as dual-purpose satellites like the technology experimental satellite (TES, 2000) and various cartographic satellites (CARTOSAT-1, 2, 2A to 2F). The latest satellite in this series CARTOSAT 2F was launched in January 2018. India has also launched (with Israeli assistance) two Synthetic Aperture Radar (SAR) satellites called RISAT II (2009) and RISAT I (2011) essentially to address terrorism related threats. India is also expected to launch dedicated satellites for Indian Air Force and Indian Army in near future.

Satellite based navigation is another important arena which has significant military utility. ISRO is developing a programme called Indian Regional Navigation Satellite System (IRNSS or NavIC) to provide accurate position information services to civilian and military users. A position accuracy of better than 10 metres is expected to be provided to military users. IRNSS will have seven satellites, out of which six have already been placed in orbit and the last satellite would be launched within April 2018. All these communication technology, remote sensing and navigational satellites together constitute India’s military space investments.

India’s increasing investments in space for strategic purposes clearly indicates the rising relevance of space assets for the armed forces. Today, space technologies are becoming important constituents of war. Various modern day weapon systems and military platforms have significant dependence on satellites systems for their operations. The launch of satellites like GSAT-6A indicates that India has started factoring satellite technology as an important constituent in its doctrine for net centric warfare.