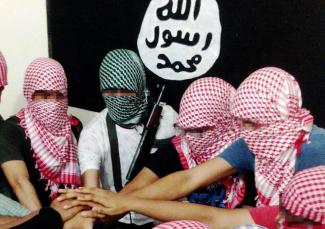 The series of raids by Islamic State underlines how quickly its ideology has gained traction in Bangladesh.

Late on Friday (July 1) evening, Holey Artisan Bakery café, an upmarket eating joint for foreigners, social elites and expatriates in Dhaka's diplomatic zone Gulshan, was attacked by none other than the same "Allah-hu Akbar" chanting Islamist militants, who have been creating targeted mayhem throughout Bangladesh for quite some time now. After a prolonged hostage situation, the restaurant was stormed by the security forces and sanitised subsequently.

Unfortunately, however, the militants in an apparent execution-style killed 20 innocent people. Among the dead, as disclosed later on July 2, were nine Italians, seven Japanese, three Bangladeshis (two with American connection) and an Indian. They were killed, reportedly, because of their nationalities and also as they failed to recite Quranic verses. Bangladeshi security personnel could save 13 hostages, including three foreigners. Six attackers were killed and another captured alive during the operation "Thunderbolt". This event was one of a kind in this Muslim majority country.

While two officials died, many security personnel sustained injuries during the operation. The group responsible for this act of violence was the transnational jihadi group Islamic State (ISIS), as its official media outlet claimed later. The al Qaeda in the Indian Subcontinent (AQIS), which is also active in Bangladesh and primarily target progressive and anti-Islam intellectuals, hailed the attack on its social media platforms.

The Bangladesh authority's relentless denial about the existence of ISIS or AQIS' brand of jihad on Bangladeshi soil and the political blame game gave the necessary breathing space for these groups to consolidate to this level over the years.

Even though the ISIS magazine Dabiq had revealed long back the terrorist group's presence in Bangladesh, and its leader Abu Ibrahim Al Hanif's efforts to recruit "soldiers of the Khilafah" in Bangladesh had gained "great momentum" with many Muslims joining its ranks, the Bangladesh government opted to overlook it as an Islamist propaganda.

The latest attack has proved the resurgence of local subdued extremist groups, which have now become the ardent followers of the ISIS, or for that matter, the AQIS.

Also, their brand of jihad too has attracted youths from universities and English-medium schools in the country as evident from Friday's café attack. This trend, however, is not unique to Bangladesh. The series of targeted sectarian attacks by the ISIS militants in Bangladesh has underlined how quickly the group's extremist ideology has gained traction and attracted support within the country.

The profiles of the militants killed in early July drive home a point that even without proper arms or religious training and indoctrination, the lure of the caliphate is good enough to create mayhem of this magnitude.

Another important issue is to know what led to this act of desperation on the part of the ISIS at this point of time.

Was it part of the "Ramzan revenge" of the ISIS as we have seen elsewhere; or the hostage situation was orchestrated to bargain for the safe release of hundreds of militants detained in mid-June this year? Whatever the motive behind this ghastly attack, it is evident that the Bangladesh government didn't heed to the terrorists' demands or didn't buckle under the hostage situation.

The Bengal unit chief of the ISIS, Al Hanif, has already underlined the group's wider intent to develop and expand its operational capabilities in South Asia. According to him, "Bengal is an important region for the caliphate and the global jihad and this would be the stepping stone for jihad in Myanmar and facilitate guerrilla attacks inside India." For him, the Buddhists in Myanmar are responsible for the plight of the minority Muslims there and in India, the "cow-worshiping" Hindus are creating "anti-Islamic propaganda" and are thus responsible for the sufferings of large Muslim populations.

The bigger worry, however, is that the ISIS has entrenched its foothold in South Asia and its "Bengal" unit (undivided Bengal, including parts of India) is set to give tough competition to other secret regional units, such as in India. The situation is equally grim and should not be swept under the carpet of complacency. The ISIS' India unit (jihadists from "Hind wal' Sindh") vowed in its video compilation in May 2016 to strike back and threatened Indians (Hindus) with three options: to accept Islam, to pay jizya, or to prepare to be slaughtered. The India unit's propaganda video threatened to wage jihad against India for the atrocity committed against Indian Muslims in Kashmir, for the demolition of Babri Masjid and for the communal riots.

Even in Pakistan and Afghanistan, where the ISIS has better organisational and leadership capacity, the café attack might be seen as a challenge for other ISIS sympathisers in the subcontinent to outdo Bangla unit's strength, firepower and loyalty towards the caliphate. Alarmingly enough, the enormous magnitude of the Dhaka siege could propel ISIS henchmen in neighbouring countries, especially in India, to take similar desperate measures soon during the remaining days of Ramazan and beyond.

[This article was originally published in the DailyO on July 3, 2016 (DailyO.in/India Today Group)]