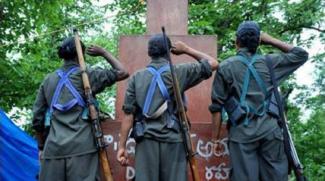 The dwindling Communist Party of India-Maoist (CPI-Maoist) Karnataka State Committee may get a fresh issue to revive and consolidate after Arcelor Mittal and POSCO’s interest for investments in that State. Land acquisition, displacement and minority issues may dominate their agenda. Recent Industrialization programme in the state could be a major issue for the Maoists to seek public support. The Karantaka State government has decided to acquire one lakh acres of land in June 2009 in and around all the second tier cities excluding around 2,000 acres adjoining Bangalore. The Karnataka Industrial Areas Development Board (KIADB) has already taken steps to acquire 50,000 acres of land.

It would be worth mentioning that Maoist leaders in Karnataka began their activities about 15 years ago in Raichur district by taking cognizance of the local situation. Later on, the outfit moved towards Western Ghats due to continued neglect of tribals in the Kudremukh national park area by authorities and other socio-economic disparities.

Besides, with “Operation Green Hunt” is in full swing in the Bastar region of Chhattisgarh and Union government’s decision to undertake special operations in the triangular junctions by end of the December 2009, the Maoists may focus to strengthen their movement in Southern States. The objective was to open new war fronts in the wake of Union government’s offensive on the Maoist strongholds like Dandakaranya and Sarenda forests. The Maoists want to divert the attention of the security forces by creating new hotspots of violence in other parts of the country. Earlier, the CPI-Maoist had decided to set up new 'guerrilla zones' in Southern States with areas coming under Kerala, Karnataka and Tamil Nadu.

The Western Ghats has been a strategic point for the Maoists for a long time due to topographical and socio-economic reasons. As per their tri-junction projects, the Wayanad and Kannur district of Kerala; Dakshina Kannada, Udupi and Kodagu in Karnataka and the bordering areas in Tamil Nadu, Kerala and Karnataka are identified as the proposed guerilla zone. According to the party documents, the decision to create a guerrilla zone in these areas had been pending for a long time.

The opening to the guerilla zone was delayed due to factionalism in the Karnataka State Committee and arrest of committed leaders in the past two years. The Maoist movement in Karnataka divided vertically after there was debate within the party leaders whether to continue with its present tactics of area wise seizure or the revolutionary activity should also be taken up in urban areas by mobilizing people. This debate led to the emergence of a splinter group and started a new party, the Karnataka Maoist Swatantra Kendra (KMSK), brought out a Bulletin entitled the ‘Dialectics of Revolution’ in November 2006, explaining the reasons for split. Recently, the division has helped the State police to arrest three important Maoist leaders including Devendrappa (a.k.a. Vishnu), a State committee member. The other two arrested were Laxmi (a.k.a. Geeta), a district committee member and Asha, a district committee secretary. Asha was stated to be the wife of Nanda Kumar, a member of the Karnataka State committee.

The division also affected political and military campaigning of the State Committee in the year 2009. The Sate witnessed a low level of Maoist related violence. Among these four southern states, Karnataka ranks number two in the Maoist influence after Andhra Pradesh. The State experienced a total eight incidents with zero casualties in the year 2009. In the last six years a total 18 persona were killed in 47 Maoist related incidents in the state.

The State government has identified as many as 12 districts, including Udupi, Chickmagalur and Bidar, as Maoist-prone in Karnataka. Dakshina Kannada, Gulbarga, Bellary, Koppal, Chitradurga, Shimoga, Tumkur, Kolar and Raichur have also been declared as Naxalite-prone. Karnataka State Committee has four divisional committees - Bangalore, Malnad, Shimoga and South Karnataka. Tunga-Bhadra and Karavelli- Orai are the most active area committees under the Malnad divisional committee. Besides, there are six dalams (squads) under the committee. Some of the important squads are like Tunga, Bhadra, Karavelli and Orai. There are around 25 Maoists front organizations operating in the State.

This year, although the State experienced low level of violence, the outfit has been trying to overcome from the present internal crisis. In a letter sent to media, one area committee member Kamala pointed out that the BJP government has been spreading religious communalism to oppress minorities but now it has assumed a fascist face and started training guns on farmers, tribals and workers. In this context, the party may play communal card to get public support and new cadres like they did in Kandhamal district of Orissa in 2008. Although the State in has started massive combing operations to flush out Maoists from their stronghold areas, a pro-people policy by the State would be more effective.