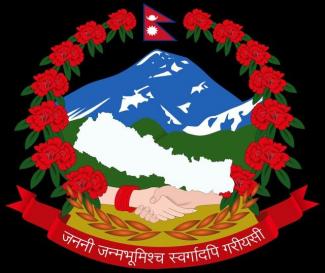 The Supreme Court (SC) of Nepal once again made a landmark judgement on March 7, 2021, by scrapping the ruling Nepal Communist Party (NCP) altogether. It rather gave recognition of NCP to Rishiram Kattel, who had registered the party in the same name with the Election Commission (EC) of Nepal in 2017. Quashing the EC's decision to award the NCP to K. P. S. Oli and Pushpa Kamal Dahal, the Court ruled that the former Communist Party of Nepal-Unified Marxist Leninist (CPN-UML) and Communist Party of Nepal (Maoist Centre) would return to their pre-merger stage and if they were to merge, they should apply at the EC as per the Political Parties Act.

The verdict brought to an end the merger of the two largest left parties of Nepal- the CPN-UML and the CPN (Maoist Centre). The verdict also ended the internal debate between PM Oli and Prachanda-Nepal factions and their respective claims over the NCP. As the intra-party factionalism intensified over power-sharing and leadership issue and both the factions had formed separate parallel organisational structures in December 2020, the Prachanda-Nepal faction appealed before the EC to recognise its faction as the official NCP. After prolonged interactions with both the factions, the EC on January 25, 2021, refused to recognise either faction of the NCP as the original party.

The verdict has serious political implications for Nepali polity. First, the verdict came less than two weeks after the SC verdict of February 23 that asked the government to restore the dissolved House of Representative (HR) by March 8. It was a difficult situation for the leaders, cadres of the two NCP factions and Members of Parliament to reconcile with the new situation. They could not decide whom to represent inside and outside the Parliament.  Earlier, the February-23 verdict had narrowly saved the collapse of the Constitution by restoring the HR that PM Oli had dissolved on December 20, 2020, a move that received widespread criticism domestically.

Second, since a large number of leaders and cadres were divided along with the ongoing intra-party tussle, returning to their parent organisation was a difficult choice for some. There was a fear of non-acceptability and losing seniority in the parent party due to their change in loyalty to either of the factions over the last one year.

Third, in absence of NCP and automatic end of the merger, the government has become a minority in the House of Representative since PM Oli has now become CPN-UML leader. PM Oli has to prove his majority in the House since the CPN-UML has 121 seats in the 275 member House. The CPN-UML is short of 17 seats to get a simple majority -- that is 138 seats. This has invited a fresh round of negotiations between four major political parties - the Nepali Congress (NC), the Janata Samajwadi Party (JSP) also known as the Madhesi party, the CPN-UML and the CPN (Moist Centre) - for government formation.

Fourth, some leaders of the former NCP have been trying to restore unity between the two factions. In a standing committee meeting of the Prachanda-Nepal faction on March 8, some leaders emphasised that the top leaders should reconcile on their personal differences for the sake of left party unity and continuation of the government on a partnership basis.

Why did the merger happen?

The merger of the two left parties and the formation of the NCP in May 2018 was an outcome of multiple factors. The first and foremost factor was the failure of the Maoist party and the NC to forge a pre-poll alliance before the 2017 parliamentary elections. The NC was reluctant to give 40 per cent seats to the Maoists. The Maoists then approached the CPN-UML which agreed to share 40 per cent seat with the Maoists. In the 2017 elections, the UML won 121 seats and the Maoists 53 seats.

Second, the pre-merger alliance between the CPN-UML and the Maoists was a compulsion for the Maoists than the CPN-UML. In the 2017-local body elections, the Maoists had performed badly. Prachanda was unsure of his party’s performance in the parliamentary elections since it had failed to fulfil major demands of the ethnic groups and failure to have a directly elected presidential system during the drafting of the new constitution. Most importantly, the party had severe funds shortages. Considering all these aspects, Prachanda was looking for a pre-poll alliance.

From UML’s point of view, preventing alliance between the NC and the Maoists was a tactical move. An alliance between those parties could have prevented the CPN-UML to emerge as the single largest party in the parliament. Therefore, the CPN-UML agreed to the pre-poll alliance with an open commitment to convert the alliance into a merger.

Third, the role of external forces was crucial. In the post-election period, India wanted a coalition government led by the NC with the support of the Maoists and Madhesh-based parties. New Delhi was divided on this. While one group was pushing for an NC led coalition government, another group had argued that the public mandate should be respected and the largest party in the parliament (the then CPN-UML) should form the government. Perhaps the latter prevailed over the former and a left coalition government led by K.P.S. Oli assumed power in March 2018.

On the other hand, in post monarchy period, China wanted a left party government in Kathmandu. It took advantage of the new left alliance. Other than promising full financial and technical support to Nepal, China pushed for the merger of both parties. The merger was finalised in May 2018 under Chinese guidance and the NCP was formed. A year after the merger, the Communist Party of China (CPC) had a party-to-party MoU with the NCP with a vision of establishing a single-party communist regime in Nepal under the guidance of the CPC.

No end to Instability

Despite the new Constitution adopted in 2015, political instability continues in Nepal. Political parties are engaged in intense negotiations over the formation of a new government in the post-March 7 verdicts. After scrapping the NCP, no party has the majority in the parliament. However, the Oli-led CPN-UML might claim government formation with the support of smaller parties like the JSP or with outside support of the NC to secure the simple majority mark. Other possibilities could be the formation of a new government under the NC with the support of the CPN (Maoists Centre) and the JSP. However, given the ideological differences between these political parties, instability in Nepal will continue till the next parliamentary elections. It must be noted that pro-Chinese groups are already reactivated for NCP unity. In this scenario, India must continue its policy of engaging with Baluwatar (Nepali Prime Minister’s official residence). However, at any point in time, India would prefer an NC-led government in Kathmandu. At the same time, India should remain open to working with any government without compromising its core concerns -democracy and strategic issues.