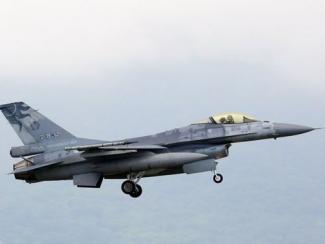 The US Congress has recently taken a decision that inadvertently worked in favour of India. In an intrepid foreign policy decision, Congress came down heavily on the offer made by the Obama administration to Pakistan for the sale of the state-of-art, all-weather, and multi-role fighter defence equipment and refused to utilise American taxpayers’ money to fund the eight fighter jets to Pakistan. In an earlier deal signed between the two countries, the US had agreed to sell the coveted F-16 fighter jets to Pakistan at the cost of $270 million while agreeing to pay the remaining amount of $430 million.

Though there are no direct, tangible benefits for India in the move, a strong message was sent across to Pakistan when the US discussed whether it was the right time and decision to sell the fighter jets to Pakistan “for tackling terrorism” when Pakistan, under the context of establishing air superiority, could probably use the jets in the future against India or other neighbours. The US, through this verdict, has made its stance clear that it will be willing to take no step that would be potentially harmful to Indian security interests in the region. This message is, however, not lost on Pakistan. A cheesed-off Pakistan has kept up with its India-shaming antics as usual. It has expressed its displeasure on the issue through vitriolic debates and satirical cartoons in its national media, accusing India for the entire fiasco. They have accused the Americans of trying to foster “Indian hegemony in the region”. Several commentators, including a statement from the Pakistani Prime Minister’s Adviser on Foreign Affairs Sartaj Aziz, have stated that the F-16s, which are now manufactured by Lockheed Martin, has never been used against India in the past and that the strong, pro-active and “negative” Indian lobby has always tried to stop the sale altogether and successfully managed to delay deliveries to Pakistan.

It is clear to Pakistan that Washington remains unimpressed with its current track record of counterterrorism activities and that it needs to “do more” to establish peace after its failure to get the Taliban to come to talks. Pakistan has been offered the carrot --- if it wants the United States to foot the bill through their Foreign Military Funds, pertinent demands must be fulfilled. Richard Olson Jr., the U.S. Special Representative for Afghanistan and Pakistan (SRAP), tried to push Pakistan’s difficult case, but even the former U.S. Ambassador to Pakistan hit a brick wall on the issue of the Haqqanis- a guerrilla insurgent outfit that thrives carefree in the safe havens of the porous Afghan-Pak border, despite the knowledge of Pakistani authorities and on the incarceration of Dr Shakil Afridi – the Pakistani physician who aided the CIA in carrying out a fake vaccination drive to confirm through DNA tests the presence of Bin Laden in the area.

Currently, Pakistan is bent out of shape and on the verge of experiencing a state of despair. It has been plundered by its political elites – as the Panama Papers have declared. It has lost several allies in the US Congress after the Pakistani intelligence agency’s role in the War against Terrorism came across as undependable, especially since the capturing and killing of Osama Bin Laden in Abbottabad. The U.S. has been demanding accountability from Pakistan for its generous military funds to fight militant groups on the ground, and this pre-condition has obviously made Pakistan ill at ease. Still, Pakistan has highlighted its importance to the U.S. by reminding it that it would need Pakistan to keep the Afghanistan situation in check, although now that the U.S. mission in Afghanistan has been called off, the Americans have little need of Pakistan’s airbases, warm water ports, or strategic land routes. Pakistan will definitely have to “do more” to get American attention starting now. It has often been said that the failure in Afghanistan has been unfairly blamed on the Pakistan government alone, even though Afghanistan was a “collective failure” of the world.

With nobody battling its case at Capitol Hill, and the Prime Minister keeping busy with survival politics, Pakistan is having trouble acknowledging that its relationship with the U.S. is not just imbalanced but also under stress. Pakistani diplomats have also highlighted the need for a strong Pakistani lobby in the U.S. – like the one that India has - which will result in the U.S. making favourable foreign policy moves towards Pakistan.  Despite all of the above, Pakistani Minister for Defence Khawaja Muhammad Asif is optimistic about U.S.-Pakistan ties being better, ignoring the fact that the U.S. military aid to Pakistan has in fact seen a $35 million decline from the previous year (a fund that has been allowed for the purchase of military equipment, not including the F-16s). It has also brushed off the fighter-jets incident with the justification that ups and downs in the US-Pakistan bilateral relationship were not an unusual matter and that Pakistan, as a sovereign state, would look for other suitable markets (probably Russia or China that may or may not be willing to subsidise the sale of defence equipment) if the deal with the Americans didn’t materialise.

The slanderous remarks thrown around carelessly by the Pakistani media aren’t helping the case much. Its accusation-filled contents to materialise the expensive no-conditions deal that they want ideally are efforts in vain and no loss to India. Nor are the actions of the Pakistani Senate helpful. Earlier, taking part in the debate, a number of senators criticised the government’s foreign policy with a particular reference to the ties with the United States. Opposition members boycotted proceedings over Prime Minister Nawaz Sharif’s absence in the Senate. The Senators termed the U.S. “a friend which could not be trusted anymore”. They also criticised the US for disproportionately expanding its ties with India and for ignoring Pakistani contribution to the war on terror, a contribution they justified, would require the utilisation of the high precision jets in contention.

In the wake of the refusal to fund the F-16s, Pakistan has been scuttling to diversify its options of military procurement away from Washington, though being well aware that a drastic shift from a decades-long military relationship with a world superpower would be complex and imprudent. Days after the U.S. refused to sell the batch of F-16 jets to Islamabad at the previously agreed subsidized prices, Pakistan’s army chief, General Raheel Sharif, went to Beijing on a two-day visit to "enhance military-to-military cooperation" and increase cooperation in the fields of technology and defence. Pakistan has said now that Turkey,  a state with whom it enjoys excellent relations, has agreed to modernise its F-16 fleet at the cost of $75 million. Turkey is said to be manufacturing the engine and some spare parts of F-16s. The Pakistani officials have stated that some of them have already been flown to Turkey as part of an aviation deal struck between the two countries.

However, Pakistan has only until May end to put forward national funds and seal the deal with the Obama administration before the price goes up thereafter. Pakistan must choose between running the risk of shunning the U.S. if it chooses to go ahead with purchases from Russia or China or pay up the hefty sum from its own kitty. Either way, India has nothing to lose.