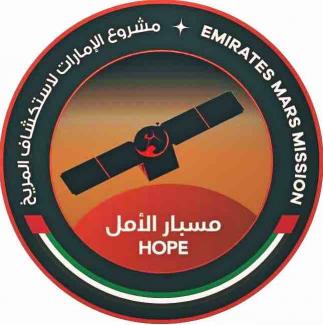 The planet Mars is in the news again. Three missions are expected to be Mars-bound during 2020. Typically, it takes between six to nine months to reach Mars from Earth. The minimum distance from the Earth to Mars is about 54.6 million km. Mars launch windows are available only after a gap of 26 months and the present launch window is open till the third week of August. The first Arab space mission to Mars, an unmanned probe dubbed ‘Hope’ (Al-Amal in Arabic), successfully took off from Japan on 20 July 2020.

This is the first mission to Mars for the United Arab Emirates (UAE), and this launch became possible owing to the launching facilities provided by Japan. The H-2A rocket lifted off from the Tanegashima Space Center in Japan carrying ‘made in UAE’ probe towards Mars. It is expected to enter Mars orbit by February 2021. The UAE, which is an alliance of seven emirates, planned this orbit entry to coincide with the 50th anniversary of the unification of the UAE. During the next two/three weeks, the probes from the US (Mars 2020) and China (Tianwen-1) are also expected to begin their journey towards Mars.

Exactly 51 years back on 20 July 1969, American astronaut Neil Alden Armstrong (mission Apollo 11) had become the first person to walk on the Moon. Since then, the human quest for reaching the Moon and various planets took off in an unprecedented way. The initial phase for reaching the Moon was fascinating. But the Apollo 17 mission commander Eugene Cernan became the 12th and the last man to walk on the Moon (on December 1972) so far. After that, not much effort was made to explore the Moon. In the last few years, some missions to the Moon have started, but they have been unmanned. Now after a gap of five decades or so, the US is planning to undertake human mission to Moon again. The Artemis programme is a crewed spaceflight programme and proposes to carry the first woman (accompanied by others to the Moon’s South Pole region by 2024.

Unlike the slow exploration of the Moon, there has been a sustained human interest on the planet Mars. Here the progress has been slow, but steady. Humans are yet to reach this red planet. This is because Mars is hard to conquer and always has been an enigma to the scientific community. Only four countries so far have entered the Martian orbit successfully; namely the US, Russia, the European Space Agency and India.

‘Hope’ is expected to remain in orbit for a whole Martian year which corresponds to 687 earth days. The cost of the entire mission, including the launch cost, is around $200 million. There are three instruments mounted on this probe to provide pictures of the Mars atmosphere. Such detailed knowledge of the atmosphere of the Mars would be of high relevance for planning futuristic human colonisation of this planet. Also, it could help us understand the behaviour of the earth’s atmosphere better.

It is commendable for a small state like the UAE to undertake such a complicated mission and that too in a very short span of time. Officially, this Mars Mission was first announced in 2014. Putting ‘Hope’ in the Martian orbit is just the first step. The UAE has already announced much bigger goals. It wants to establish a human settlement on Mars within the next 100 years. Vital works have already begun toward developing a prototype of such a Marsian city in the deserts of Dubai. Approximately, $135 million has been budgeted for the development of this Science City.

The UAE is a new entrant in the business of space. It does not have an independent rocket launching capability. It started its space journey with a satellite launch in 2009 in collaboration with a South Korean company. In 2018, it launched its first domestically built satellite, an Earth-observing mission. No doubt, launching a probe towards Mars is a major achievement. The UAE is looking at outer space as a domain to spur economic and technological development. This Arab nation understands that there is a finite life for the ‘oil economy’ of the region. Overdependence on oil economy is not advisable and there is thus a need to look at alternative mechanisms. It seems that the Emirates feel that the ‘space industry’ could emerge as an important economic model for the future.

Till date, India is the only Asian power to reach Mars successfully. India’s Mars Orbiter Mission (MOM or Mangalyaan) has brought laurels to the Indian Space Research Organisation (ISRO). This space probe is orbiting Mars since 24 September 2014. This satellite was designed to survive for six months of the mission life. But it has now lasted almost six years and is still operational.

In the 21st century, two crucial ‘technology statements’ have been made by ISRO, which has caught global attention. One was the successful launch of the Indian mission to Moon, the Chandrayaan-1 in 2008 and the other was with the launch MOM during 2013-4 period. Unfortunately, ISRO has not been able to advance this progress further. ISRO took more than a decade to revisit the Moon (Chandrayaan-2, 2019) while it is planning to develop and launch a follow-up mission to Mars somewhere in 2024.

Every country has scientific, technological and economic calculations when they plan such missions to Moon and Mars. Even a smaller country like UAE has now demonstrated clarity about how it wants to progress with its Mars schedule for the next 100 years. Unfortunately, ISRO has not shown that kind of a long-term vision, particularly in respect of the Moon and Mars programmes.

There appears to be some unnecessary shift of focus time and again. ISRO probably wants to do everything from Gaganyaan to even a mission to Venus. Undoubtedly, it would have been advisable for ISRO to focus on one or two important projects and take them to their logical conclusions instead of trying out too many projects. Planetary exploration is a serious business, and having a gap of one decade between two missions is just not advisable. As such, ISRO’s first few missions were more of technology demonstration missions with minimal science objectives. Hence, it was important for ISRO to expand on the success of its first Mars mission quickly. With such inordinate delay, measurement continuity gets highly compromised and journey towards final objective gets into a sluggish mode.

It is essential to realise that achieving qualifying standards for participating in the Olympics and winning an Olympics medal are two different things. The UAE’s Mars agenda is clearly for a podium finish, and there is much for India to learn from this small Arab state.