The Cost of Ignoring Climate Change is Huge 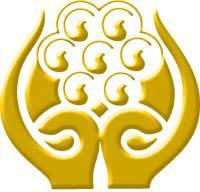 Since the Bharatiya Janata Party (BJP) led government came to power in India in 2014, the nomenclature of policies has been either Sanskritised or Indianised. With a tech-savvy Prime Minister on the steering wheel, the government is communicating with the general public through catchy one-liners that are quite apt for character-restricted social media like Twitter. Latest in this catchy pronouncement is the Foreign Secretary’s 'SAARC Yatra', as he rounded up tours of four neighbouring countries in the first week of March.

The NDA-II has termed the Foreign Secretary's SAARC Yatra as successful, given the fact that revitalising the neighbourhood policy is the first priority of the present government. However, the important issue of climate change threats in the subcontinent has been neglected by the government for the entire last ten months. Coincidentally, the first part of the SAARC Yatra was marked by unusual weather patterns in South Asia, a clear case of climate change. Similar weather patterns were experienced during the same month as well!

Historical evidence confirms that ancient India's yatra (voyage) for trade to neighbouring countries through sea routes solely depended on monsoon weather (Mausam). The famous ancient voyage 'Bali Yatra', which is seemingly eroding from memories of Gen-Next of Odisha, used to follow the seasonal Monsoon. However, this SARRC Yatra was unable to take into account the vagaries of climate change.

To everybody's surprise, especially the Meteorological Department in Delhi, millions of farmers across India and neighbouring countries, an unexpected early spring storm with heavy rain, snowfall, avalanche, hail storm and flash flood struck large parts of South Asia and damaged crops worth millions of rupees and affected thousands of people. The full magnitude, both direct and indirect impacts, of the damage is yet to be calculated officially. The special Indian Air Force Boeing Business Jet, which carried the Foreign Secretary onboard, had experienced turbulences or was delayed while crossing the subcontinent due to this 'South Asia Spring' weather.

The pictures posted by India’s Ministry of External Affairs (MEA) on Facebook and Twitter showed that Foreign Secretary's arrival in Dhaka, Bhutan, Pakistan and Afghanistan were all welcomed with heavy showers or snowfall. Meanwhile, the Indian Prime Minister personally wrote to Afghanistan’s President to extend immediate assistance for the damage caused by a series of avalanches in that country.  It is pertinent to ask then why these series of climatic disasters did not persuade the Foreign Secretary to assess the gravity of climate change threats in South Asia and include it in his agenda during talks with his counterparts in the four countries.

Usually, foreign policy pundits do not support the inclusion of such erratic events in a structured Foreign Secretary level talk. But perhaps they are ignorant of the grave threat of climate change to India's foreign policy itself. Maintaining the division between 'hard' and 'soft' issues of foreign policy, the strategic thinkers in India and largely in South Asia are yet to accept and debate the growing environmental threats facing the subcontinent.

Let's look at the first episode of 'South Asian Spring' weather. A total of 40 avalanches between Feb 27 and March 2 caused by a snowstorm killed 196 people in Panjshir, Afghanistan, the province which had not witnessed a single avalanche in the last three decades. Pakistan faced massive floods due to heavy rains. The continuous rain showers forced a Sindh province Minister to review the water drainage system in Karachi and compelled Punjab Chief Minister’s chopper to make an emergency landing. In Kathmandu, Nepal, a Turkish Airlines flight skidded off the runway in the Tribhuwan International Airport on March 4 due to two days of rain and heavy fog.

Initially, the State of Maharashtra in India alone estimated a loss of INR 1000 crores of crops. Officials said wheat, jowar and chickpea crops were hit by the heavy rain, as were fruit plantations, including mango orchards, vineyards and pomegranate fields. Northern India lost 10-20% of standing crops like wheat, mustard and gram due to untimely rains from February 28 to March 1. Some fruits like mango, cashew, orange and grapes have been severely affected. The complete estimation of crop damage is yet to be ascertained, and the Agriculture Ministry is yet to act on the losses.

Subsequently, such unexpected damages will affect the national economy due to inflation and millions of smallholding farmers’ life and income will be hard hit. None of the crops damaged had been insured by the government under the Crop Insurance Scheme, which was first mooted in 2007 and was included in the 2008 Budget as well as incorporated in the National Action Plan on Climate Change. While the 2015 Annual Budget has raised the bar on targeted renewable energy with a carbon tax on coal and petroleum, the budget has nothing to provide for the vulnerable groups in case they suffer a loss of their precious crops due to bad weather. Reportedly, the Maharashtra government has announced a compensation package that covers 70% of the total damage in the State. But the NDA-II is yet to announce such a relief package for the poor farmers.

There are reports to show that the increasing frequency of climatic disasters is due to climate change. On January 27 this year, US President Obama reminded all in New Delhi that India is vulnerable to climate change. India is in the right position to provide leadership in this regard to bring SAARC partners to the table to formulate an action plan locally, regionally and globally by addressing the core issues of climate change. Although the recent SAARC Yatra did not include climate change as a priority agenda, NDA II's 'neighbourhood first' policy cannot succeed without addressing this issue nor can it afford to drop the climate change agenda altogether.

A dedicated SAARC satellite by the Indian Space Agency as declared by the Indian Prime Minister is the right step in forging robust regional cooperation. The satellite, scheduled to be launched next year, will be useful in delivering weather-related information to all neighbouring countries. This satellite must be used to ensure timely dissemination of information to the farmers to enhance preparedness levels against such erratic climate disruptions. Secondly, it is urgent to establish a SAARC Adaptation Fund which can be used for adaptation activities for the most vulnerable groups in the region. A disaster response centre under SAARC is also long overdue. Within the Disaster Response Centre, a mechanism should be established for Crop Insurance across the SAARC region to face such weather-related crop damages. A sum of INR 50,000 crores must be set aside for the SAARC Crop Insurance scheme to address the plight of small-holding farmers across the subcontinent.

Since 2009 SAARC has been recognised as an Observer at the UN Climate Change Conference (UNFCCC). However, there is no focal point within the SAARC Secretariat to coordinate among the partners in and beyond the UN. The only effort so far has been repeated submission of statements by the Chair of SAARC to the UN. A focal point needs to be established for continuous coordination among partner nations on climate change.  Lastly, PM Modi must propose a Mausam Milan (Monsoon Summit Meeting) to be held at the time of the onset of the monsoon season this year to deliberate on climate change threats with his counterparts in South Asia. As we look towards the outcome of the Paris Conference (COP 21) at the end of this year, a regional huddle is a must.  It should be remembered that monsoons and rivers in South Asia do not follow national boundaries and have a huge potential to disrupt the national security of each of the countries in the region.