NEPAL: Assessing the Threat of Religious Conversion and Radicalisation 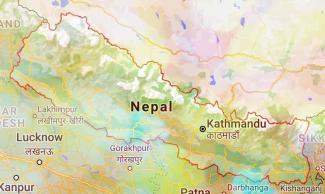 Amidst the ongoing India-Nepal diplomatic tensions over border disputes, Nepal’s Prime Minister K P Sharma Oli extended support for Indian proposal at the UN for a common definition for terrorism -- Comprehensive Convention on International Terrorism (CCIT) -- during his speech at the United Nations General Assembly (UNGA) on September 25, 2020. In the speech, PM Oli “condemned terrorism in all its forms and manifestations, or other activities inflicting pain and suffering on innocent people.” He added, "We [Nepal and its citizens] call for an early conclusion of a comprehensive convention against terrorism".[1]

In the post-Maoist insurgency period, Nepal did not witness any active violent conflict by any global terrorist outfit. Even its home-grown radical left extremist group -- the CPN (Chand faction) -- has been branded as a criminal outfit, not as a terrorist organisation. The government has clarified to the media as well as to India that Nepali territory is not being misused by terrorist groups. Nonetheless, several terrorists arrested in the past have disclosed during interrogations that they used Nepal as a shelter zone, transit route to India and as an indoctrination centre. Some examples are the hijacking of Air India flight from Kathmandu in 1999, the arrest of Indian Mujahedeen terrorists such as Yashin Bhatkal and Ariz Khan from the Terai region and LeT terrorist Mohammed Umer Madani.[2]

This indicates that absence of active violence does not mean that there is no presence of terrorist groups/rebel groups in the country.  It is often seen that the domestic rebel groups and transnational terrorist outfits do not carry out any subversive activities in a particular territory, region or county that is used as a shelter zone. In the case of Nepal, the radical Islamist terrorist outfits use Nepal as a haven due to the following reasons. First, it is easy to escape and move between India and Nepal due to the open border system. Even the functioning of the SSB personnel gets restricted due to the open border.  Second, the strong presence of Muslim clusters in the border regions of both the countries and proliferation of mosques and madrasas in the Nepali side of the bordering areas. Third, the anti-India elements take advantage of the existence of strong anti-India feeling amongst the Kathmandu based ruling elites. For example, in 1999, the ISI-backed terrorist groups took advantage of the then misunderstanding between Kathmandu and New Delhi over the presence of Nepali Maoist leaders in India and New Delhi's non-compliance to security cooperation between the two countries. A senior police official of Nepal's Bhairawa district, in an interview to an Indian media, had then refuted allegations on Nepal saying, "India suspects us of protecting the ISI. We, on the other hand, suspect India of encouraging Maoist guerrillas here [Nepal].[3] Fourth, Nepal has visa on arrival facility for nationals of other countries to promote tourism. The radical Islamist terrorist groups and anti-India elements misuse this arrangement. Fifth, Nepal has not been successful in setting up a robust monitoring mechanism to prevent misuse of its territory by transnational terrorist groups due to frequent political instability and its impact on governance. Sixth, the terrorist groups are aware that both India and Nepal are in favour of giving continuation to the historical open border arrangement. Since India has fenced its western and eastern borders, Nepal-India border would offer as an alternative easy entry point to India as long as the open border arrangement continues.

Most importantly, India and also the US State Department have repeatedly highlighted Nepal becoming a hub to carry out terrorist activities against India since 2015. A 2018-19 report categorically observed that the Indian Mujahedeen maintains ties with other terrorist entities, including Pakistan-based Lashkar e-Taiba (LeT), Jaish-e-Mohammed (JeM), and Harakat ul-Jihad Islami (HuJI), to operate from Nepal against India. These groups’ stated goal is to carry out terrorist actions against India.[4]It is often found that the members of these  outfits mostly take shelter in the Muslim dominated clusters of southern districts of Nepal like Mahottari, Rautahat, Parsa, Kapilavastu, Sunsari, Banke and Bara that shares border with India.

Despite hard evidences, some political parties of Nepal ignore this fact for vote bank politics. Since Muslims constitute  5-6 per cent of the total Nepalese population and are mostly found in the Terai region, prominent Muslim leaders and organisations have been associated with the former CPN-UML due to ideological factor.  For example, Salim Miya Ansari was an active member of the CPN–UML and served as a minister twice. His son, Yunus Ansari, the kingpin of FICN (Fake Indian Currency Notes) network, was arrested in 2014  for having linkages with D-group and the ISI. Yunus Ansari was released but again arrested in May 2019 by Nepal Police in the same charges along with three Pakistani nationals.[5]

In January 2019, the Nepal Communist Party (NCP) government appointed Samim Miya Ansari as the chairperson of the Muslim Commission. Ansari allegedly played a crucial role in facilitating Rohingya refugees' taking shelter in Nepal. A Ministry of Home Affairs, Nepal, task force formed in 2008 under Krishna Bahadur Katuwal, the then Assistant Chief District Officer of Kathmandu, found that "Rohingyas could be a long-term threat to Nepal".[6]

From the former CPN-UML's perspective supporting the Muslim community was an opportunity to make its presence felt in the Terai region where, traditionally, it had a weak base. As a result, the UML leaders often gave freehand to Muslim organisations and ignored their dubious activities.  Similarly, in the post-2008 period, Upendra Yadav’s party wanted to consolidate in the Terai region by seeking the support of the Muslims. Yadav's party has been a mute spectator to illegal activities too. At the same time, province No 2 Chief Minister Lal Babu Raut brought about a new policy to allow direct external funding to the Muslim organisations of Nepal in 2018.

Therefore, it is worth understanding what prompted the current Oli government to speak against terrorism and money laundering?

Of late, Nepal government is worried about rapid demographic changes due to religious conversion despite having an anti-conversion law under the new Constitution. Other than Christianity, there are reports about conversions of Hindus into Islam.  There is a growing influence of Wahabism as a direct fallout of the mushrooming of Wahhabi madrasas and mosques, especially in the districts along Nepal's border with India. The process of conversion continues both at domestic level [7] and abroad. At the domestic level, the Islami Sangh Nepal (ISN), mosques and madrasas play an important role. These institutions and organisations get regular direct funds from Pakistan, Turkey, Saudi Arabia and Qatar. On September 4, 2017, the iqna.ir (International Quran News Agency), quoting a Turkey-based newspaper, reported that the number of Muslims had increased rapidly in Nepal in the past few years. Citing Maulana Khurshid Alam Islahi, the head of the ISN, the report said some 100,000 Nepalese embraced Islam over the past 15 years and the same is expected to rise even further in the coming years.[8] It is to be noted that Turkey is one of the major donors to promote Islam in Nepal, mostly through aids (e.g. food distribution) and scholarships to promote religious education through its religious charity Turkey Diyanet Foundation (TDF). The TDF was once accused of distributing meat and other succour among Nepalese Muslims in 2019’s Eid al Adha festivities.[9]

Moreover, there have been reports of Nepalese migrant labourers converting into Islam. In due course, more poor Hindu Nepalese population could embrace Islam while working as migrant labourers in Muslim countries. In 2009, the Asian News reported that the then foreign minister of Nepal, Upendra Yadav, had instructed Nepali diplomatic missions to probe the cases and stop such conversions if they come through pressure or by force. He ordered after receiving complaints from the Nepalese workers' union, immigrants and their relatives about embracing Islam by Hindu Nepalese immigrants in 55 countries, especially in Qatar, Turkey, Saudi Arabia, the Arab Emirates and Malaysia.[10]

Media reports have indicated in the past that a large number of mosques and guesthouses have been constructed adjacent to India-Nepal border. For example, a two-storey guesthouse is constructed in Nepalgunj, where the "guests" of Dawat-e-Islami (DeI), a transnational Islamic missionary group with origins in Pakistan, will be accommodated during their congregations. DeI branches of Pakistan reportedly bear the cost of all such constructions.[11] Though the DeI claims to be an apolitical body, it promotes Islamism to its fundamental level; and despises other religious practices such as Hinduism. It openly criticises Polytheism or Idolatry (as shrik) which is not permissible under Islamic Sharia law.[12]

Besides the DeI, the Muslim pockets of the Terai region have seen increasing Tablighi Jamaat (TJ) activities, another orthodox Islamic missionary organisation with origins in India. The mid-February 2020 International TJ Conclave (Alami Tablighi Ijtima) in Bodebarsain, Saptari (province No-2) witnessed massive footfalls from the Indian subcontinent (Bangladesh, India and Pakistan) and beyond (Saudi Arabia, Malaysia, Kuwait, Qatar). [13] Despite its intention to ban these large annual gatherings, the government failed to stall the three-day event. [14] Similar to TJ, there are over 15 Islamic missionary organisations in Nepal. These include the Jamaat-e-Millat-e-Islamia; the Nepal Islamic Yuba Sangh; the Nepal Muslim League; the Nepal Muslim Ekta Sangh; and the Democratic Muslim Welfare Association.[15] Like the DeI and TJ, these groups are reportedly getting regular funds from many Muslim countries and individual sympathizers.

Rampant conversion drives by Islamic religious groups remain a major problem in Nepal despite anti-conversion provisions.  Due to poor implementation of money laundering and anti-terrorism finance laws, religious groups like DeI and TJ hold frequent congregations and indoctrination programmes with the support of foreign funding. Other than foreign aid, these groups receive backing from influential local, state and central leaders and constitutional position holders to promote suspicious activities in the guise of apolitical religious gatherings.

Within three days of PM Oli’s remarks against terrorism at the UNGA, media reports indicated that the Social Welfare Council (SWC), Government of Nepal, has undertaken the process to bring out a new act to address the risk of money laundering and terrorist financing in Nepal.[16] This is the first-ever effort made by Nepal to check money laundering and terrorist financing after delisting itself from the FATF grey list in 2014. The new policy would ensure that those organisations operating in the garb of NGOs, INGOs, welfare or rights groups maintain transparency about the sources of their investments, funding and other financial transactions. This will also bring organisational activities under the scanner. The new policy will also enable the government to monitor and curb the economic lifeline of terrorism-related activities (recruitment and indoctrination) as well as illegal religious conversions backed by so-called socio and religious organisations.

[6] “Nepal has been a safe haven for Rohingyas, but it could open up a Pandora’s box” , Online Khabar, October 03, 2020, https://english.onlinekhabar.com/nepal-has-been-a-safe-haven-for-rohingyas-but-it-could-open-up-a-pandoras-box.html

[The article is part of South Asia Conflict Monitor, October 2020]