Repatriation of the Bhutanese Refugees: A Forgotten Agenda in South Asia 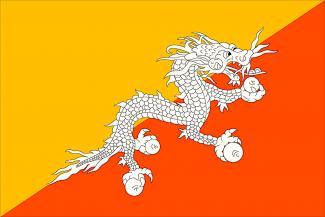 Terrorism and nuclear weapons proliferation have by and large dominated the security debate in South Asia. However, the overarching influence of these two issues has led to the neglect of other issues that are equally if not more important for security in the region. One such issue is of refugees and migration. The presence of more than 110,000 Bhutanese refugees in Nepal and the condition in which they live in different refugee camps is threatening to develop into a major humanitarian crisis in the absence of concrete effort by the parties involved.

The origin of this crisis dates back to early 1990s, when streams of Bhutanese of Nepalese origin from Bhutan arrived as refugees in Nepal. The People of Nepalese origin form one-sixth of the total population of Bhutan. They were arbitrarily stripped of their citizenship and forcibly expelled from Bhutan to southeastern Nepal. The Bhutanese authorities claim that the people of Nepalese origin are not its citizens but the labourers hired by the Indian Border Road Organisation (BRO), which was involved in the construction of roads in Bhutan in the 1980s. After the BRO left, the maintenance of roads was taken over by the Bhutanese Department of Roads. It employed these labourers and promised them land in return after a decade of service. It has been alleged that the Bhutanese authorities asked these landless labourers to surrender their citizenship papers in return. Having surrendered their papers they could do nothing to prove their identity and were systematically driven away from Bhutan. The actual reason, many argue, behind the expulsion of these people was the desire of the Bhutanese Royal family to weaken the pro-democratic movement in the kingdom.

After years of stalemate and persistent lobbying by the international humanitarian organisations, Nepal and Bhutan agreed to conduct a pilot screening of the refugees in Khudunabari camp those houses 12,000 refugees to determine their identities and eligibility to return to Bhutan. The results of this screening were declared two years later in 2003. It divided Bhutanese refugees in Nepal into four categories. First, category included two and a half percent of refugees, who are bona-fide Bhutanese citizen eligible to return to Bhutan. Second, included seventy percent of the population, who had ‘voluntarily emigrated’ and were therefore required to reapply for Bhutanese citizenship. Twenty-four percent formed the third category, whose claims to citizenship were rejected. Lastly, three percent were labeled as criminals liable to be tried in Bhutanese court. If implemented, this would risk leaving tens of thousands of refugees stateless and therefore was rejected in Toto by international humanitarian agencies, including United Nations High Commissioner for Refugees (UNHCR). Teknath Rijal, a prominent refugee leader rejected any attempt of resettling refugees in a third country and said these categories are purposely made to divide the Bhutanese refugee community in Nepal and called upon the international community to intervene.

The call for the intervention of the international community was in fact aimed at involving India in finding a solution to this issue. India is not only the dominating military and economic power in the region but it also shares a very special relationship with Nepal and Bhutan. India’s role would be critical in solving the problem, particularly when the records of its BRO could verify the claim of the Bhutanese authorities about the Nepalese in Bhutan. Until now India has termed this issue a bilateral affair between the two Himalayan kingdoms. India has given a clear indication that it does not have any intention to spoil its relations with Bhutan, which recently destroyed bases of terrorists active in India within its territory. India too is trying to deal with Bangladeshi refugee problem at home.

The Indian reluctance has forced the refugees to appeal to the US for the early and tangible solution to their problems. Ultimately this led to the visit of US Assistant Secretary of State for Population, Refugees and Migration, Arthur E. Dewey in mid-October this year. He not only visited the Bhutanese refugees in Beldangi camp in Jhapa and Pathri camp in Morang district of Nepal but also met Indian, Bhutanese and Nepalese authorities regarding this issue. He assured the refugees that the US would help in the early solution of their problems. However, in a press conference later he agreed that the US could only play a limited role and the real onus lie on India, Bhutan and Nepal for the solution of the Bhutanese refugees in Nepal.

Although the visit of Mr. Dewey did manage to highlight the condition of the Bhutanese refugees in Nepal, but in effect could do little to address their problems. The real trick for the solution of this humanitarian problem, however, lies upon the ability of the concerned parties to find a compromise between the Bhutanese denial to allow repatriation of all the refugees and the Refugees demand of total repatriation to Bhutan and not to any third country.